COMMUNITY FOCUS: Kew residents say they are treated like exiles 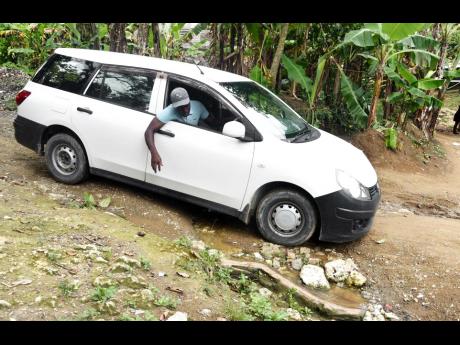 Mark Titus photo There are virtually no roads in Kew. 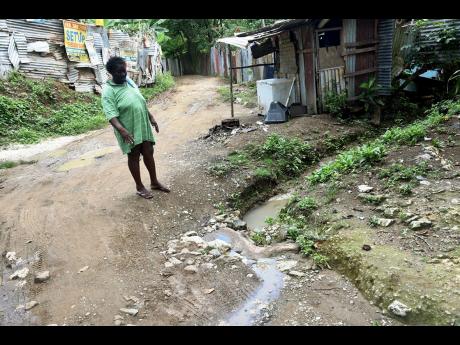 Mark Titus photo The infrastructure in Kew is poor to non-existent. 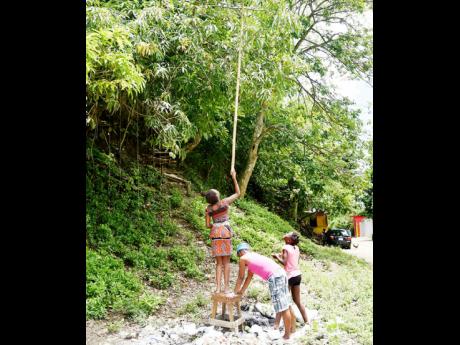 Mark Titus photo Residents of Kew team up to pick mangoes from a tree in the community.
1
2
3

Residents of Kew in Hanover say successive governments have ignored their appeal for help as the infrastructural decay of their village continues unabated.

Kew has a population of approximately 4,000 people and forms part of the larger development area of Lucea, Hanover's capital.

But it is also an area that is avoided because it is considered a haven for criminals of all sorts.

"Nobody come in here, is only people come read meter and the police pass through occasionally but they don't care," said Mama Nen, a senior resident of Kew. "We have no road, is like a mud hole."

The residents claimed that the last time their road was fixed, it was done when the current National Security minister, Dr Horace Chang, ran in the 1993 parliamentary elections.

"The marl that you see, is what is left after Dr Chang fixed the road when he was MP here. It's long time and both political parties have not done anything to the road over these years."

Bags of garbage was all along the dirt lane that separated the rows of houses mainly made of board as the Western Star team manoeuvred its way through the village, as residents watched us suspiciously.

"We in exile, not even a proper playfield for the youths them fi enjoy themselves," said a man who was convinced the news team was working for the government. "The garbage going to be there till rain come and wash it away, is the only clean up that we get."

However Linton Stewart, community development officer at the Social Development Commission said while there is no violence in Kew presently, the community has created a reputation of always being on the edge.

"We did a profile of the Lucea area recently and according to the data gathered, one-third of the people living in the community are not from Kew," he revealed. "... a lot of migration from other parts of the country favours Kew and no one questions their motive."

"There can only be real change when someone stands up and take responsibility," he added.