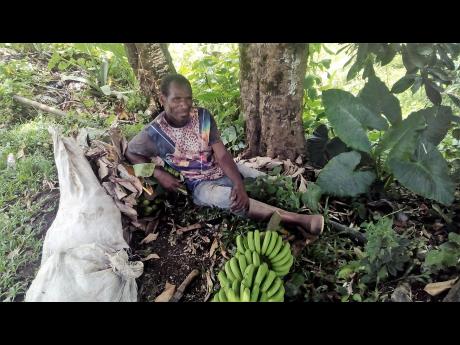 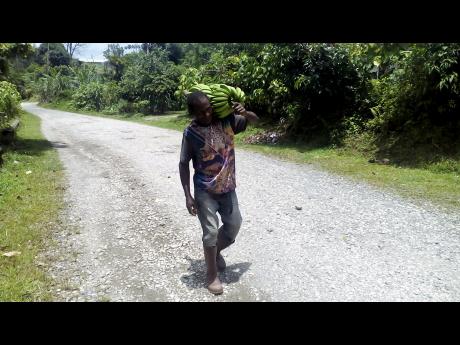 Lynford Jackson, who survived a horrific truck accident nearly 10 years ago in the Rio Grande valley of Portland, has miraculously returned to his livelihood of farming, despite being hampered by a badly damaged left leg.

Jackson recounted that on the night of December 19, 2008, he was pinned down underneath a market truck in a ravine for the better part of 14 hours, with bodies covered in blood lying all around him.

The accident claimed the lives of 14 people.

"I try real hard not to think about it," said Jackson. "I still have nightmares and there are nights when I wake up sweating, as a result of a bad dream. I lost friends and family members in that accident. It was a rough period for me, as my therapy was halted due to a lack of funds to travel."

Jackson said that after the accident, he spent about six months in hospital recovering and receiving treatment. After being discharged from hospital, he was recommended to undergo therapy.

But financial challenges forced Jackson to discontinue his therapy treatment.

"I simply could not afford the taxi fare, which amounted to $2,000 per trip to get into Port Antonio (twice per week). With no income and unable to get any help from anyone, I decided to hobble around on my own, and I realised that the only way out for me was to return to farming. I started to do some backyard farming, which caused me a lot of discomfort and pain, as my left leg was still in tatters," he added.

By 2014, Jackson, with the aid of a few farmers, visited his farmland across a river to a place known as Carrol Pen, which was covered in bushes as it was left unattended.

But fast-forward to 2018, where Jackson, who now walks and drags his left leg, can be seen coming from his farm daily, carrying on his head a bunch of green bananas or a bag filled with dasheen.

The produce is neatly placed along the roadway near his house, where each Friday night he makes the painful journey aboard a truck to Coronation Market in Kingston to sell his goods.

But while Jackson has admitted that he has suffered huge financial loss because of the accident, as he was unable to farm for almost six years, he was quick to point out that he is forever grateful to nurse Rackell Wilson, who spent more than 10 hours with him in the ravine, administering sedatives which saved his life.