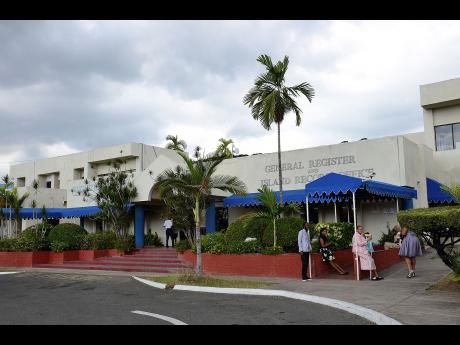 The Registrar General's Department (RGD) decision to impose an annual fee on members of the clergy licensed to preside over weddings has not gone down well with ministers.

But Mobay-based Reverend Terrence Gordon, the country's most senior marriage officer, with over 21,000 nuptials conducted, said the issue demands a compromise.

"The way the RGD dealt with it is completely unacceptable," Gordon told the WESTERN STAR last week. "They should have called a seminar ... and discuss the matter with us."

"It is not fair for a person to be pastoring a church, doing one wedding ceremony every six months and then to be asked to pay this fee of $10,000 that they are asking for," said Gordon.

Several pastors have threatened to surrender their marriage officer's licences in protest of the decision by the RGD to charge them $10,000 to register, plus an annual registration fee.

"Some of us can pay it I am not squealing about it, because God will provide it. I work (do weddings) with the hotels, so I earn a few dollars. I am also a businessman and if I can't find it, I can ask a friend to help me," he told the WESTERN STAR.

"But there are countless amount of ministers who do not know where that $10,000 is coming from, ... where are they going to get it?" he questioned.

At the same time, Gordon, who is the Bishop for the Door of Faith Church of God group of churches, also believes that members of the clergy must consider that the registries that are issued by RGD are prepared at a cost.

He believes that a request for pastors to contribute to the cost to prepare the book was inevitable.

But the pastors are also upset about an invitation by the RGD for all marriage officers to attend a training session that costs a further $15,000.