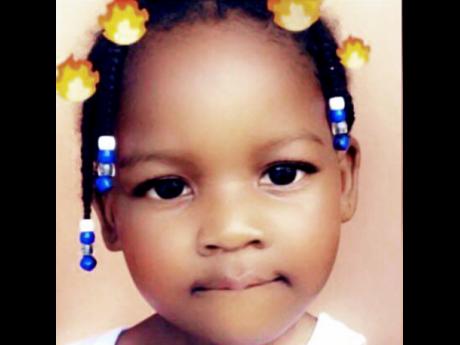 A four-year-old infant, was burnt to death at her home in Jericho, Hanover, on Sunday.

Mickelia Henry was reportedly left in her father's care while her mother, Jhanelle Campbell, went to work. The mother said she learnt of her baby's death through a stranger.

"The customer came to the store talking about a house fire in which a baby was burnt to death," the mother told WESTERN STAR on Sunday.

"I asked him where the fire was and he said in Jericho, below the old basic school, and immediately I realised that is where I live," the mother added.

"Immediately, I went on the phone calling my babyfather and it rang without answer, so I called his friend and that is how I confirmed that it is was my house and that my baby had died," the mother of two said.

According to the Lucea Fire Department, firemen received a distress call about 11:45 a.m. on Sunday. They responded and carried out cooling-down operations. The charred remains of the infant were discovered in the burnt-out house.