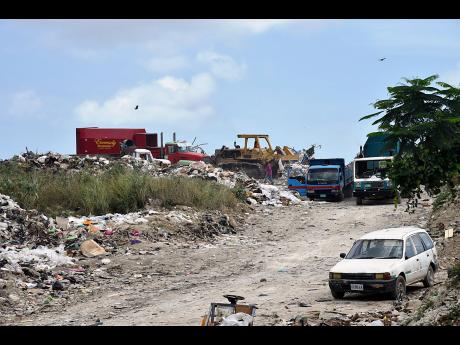 Carlene Henry, 58, has been sorting garbage at the Retirement Dump in Montego Bay for more than 20 years, earning a living to provide for her eight children.

She also claims that her earnings from the dump, along with a few days' work, help her to also care for her 40 grandchildren and three great-grandchildren.

"When I was living in the ghetto of Spanish Town, I used to go to Riverton and hustle thing to sell in order to survive," she told the WESTERN STAR. Now that I have come to live here in Montego Bay, a just the dump me survive from. This is real. It is all about survival ... it is honest living,"

Henry, who lives on captured state land in Friendship, said that she also buys copper and bottles from the people who sort the garbage.

She then sells the bottles to D&G and the copper and other metals to scrap metal dealers.

But the job is also dangerous as many are taken advantage of or scorned because they sift through garbage for a living.

In fact, Henry refused to have her photograph taken as she is fearful that those who employ her for days' work would not want her under their roof again.

While none of her eight children were afforded the opportunity to get a secondary-level education, Henry is proud that her grandchildren have been achieving that feat, giving her hope of a bright future for her descendants and a life out of the dumps.