Former cop dying to get his pension 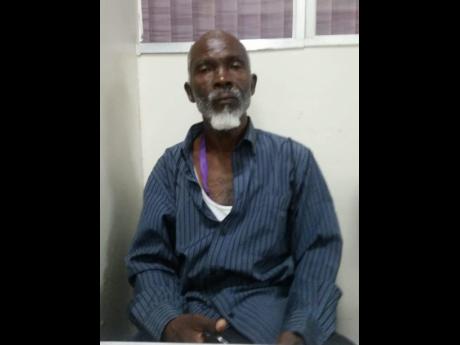 A former policeman who has fallen on hard times is today fighting to get his pension. However, the fact that he left the force three days before he became pensionable appears to be working against him.

Clive Johnson, 58, said he left the force after he was acquitted of a murder charge in 1986. He maintained that he acted lawfully in an incident, which led to a rifle being recovered. Johnson said the court accepted his argument as he was freed of the charge in 1988. However, hurt by the way he was treated during his darkest days in the force, Johnson said he resigned three days before serving 10 years.

THE WEEKEND STAR has not been able to independently confirm Johnson's story, but he provided the news team with a badge number, which he said he was assigned when he joined the force in 1978, at age 18.

What is for certain is that Johnson is now gravely ill. He said he has suffered six strokes and is unable to work. He survives on a meagre NIS fortnightly pension of $3,000.

When Johnson visited The STAR's North Street offices earlier this week, he said that he had just visited the Office of the Commissioner of Police, hoping to get answers about his pension.

Johnson said he was not given a formal explanation as to why he was not able to collect any monies. He stated that he believes that someone had already took the money because he had taken so long to claim it.

"It is grossly unfair," he said. "When I was a police, I worked really hard, enuh. When I went to the commissioner's office, I was told that everything was sent down to the Ministry of National Security, and now I am hearing that there is nothing there for me," he said.

The distraught man said he is pleading with the necessary government body to look into his case as he is badly in need of what he believes is owed to him.

"I am a father of five and two of those children depend on me. Because I am ill, I cannot work. I worked very hard and to see me being treated like this is really heart-breaking," he said.