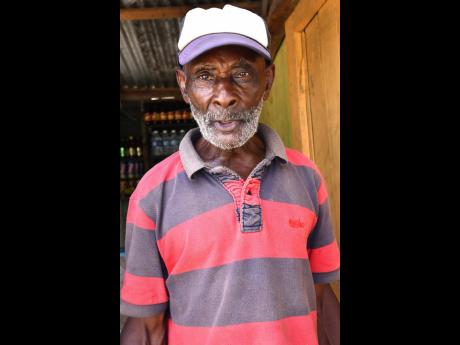 Sterling 'Ram Puss' Campbell says he has slept with more than 100 women.

Tired of breaking hearts and wrecking marriages, 73-year-old Sterling Campbell says he will be retiring from his job as a 'village ram'.

Campbell, who is known in his Westmoreland community of Maxfield as Ram Puss, said his days of womanising were "long and tiresome" and it is time for them to end.

"I think my time come. Mi don't want to mash up nobody else love life," said Ram Puss, who claims to have slept with more than 100 women across 12 of Jamaica's 14 parishes.

The father of eight said he has lost track of the names of many of the women with whom he has slept.

Ram Puss, who was born in Chester Castle, Hanover, said the only places he has not slept with women are Portland and St Mary.

"All other places mi travel and sleep with mi woman them," Campbell said. "Right now mi have woman a Chester Castle and other places that I can push them door anytime, eat, drink, play, and sleep if I don't want to leave til next morning."

Delva Murray, a resident of Maxfield, said tales of women fighting over Ram Puss are aplenty.

"As simple as how him say it, it's a fact... His exploits are well known, but he is also a proud father, caring for all the children that he fathered," Murray said.

But if he were to live his life all over again, would Ram Puss take it upon himself to be 'village ram'?

"Maybe I would not take so many woman from their partners. I mashed up a few relationships," he said.

"This is totally unacceptable, the fact that anyone can be willing to associate themselves with such behaviour," she said.

"In the past, this was known to be the general attitude among Jamaican men, but we sense that in recent years that it is changing. Our women must understand that this is not acceptable and put greater value on themselves," she said.