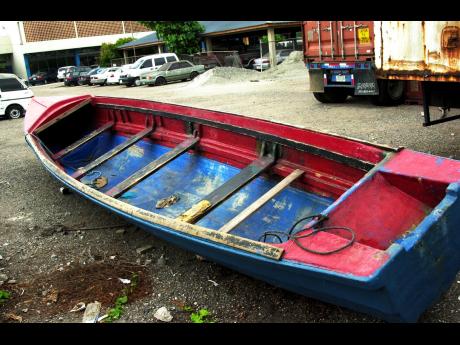 Three Haitians, along with three Jamaicans, who were picked up at sea by the Marine police off the coast of Norwich in Portland last Saturday, are scheduled to be charged tomorrow.

The six were picked up shortly after 1:30 p.m. last Saturday abroad a 33 feet fibre glass boat with two outboard engines.

Police investigators have revealed that a substantial amount of fuel and water with Haitian labels was also recovered.

The men are expected to be charged with breaches of the immigration law.

According to investigators, three Jamaicans left home more than four months ago with an undetermined amount of ganja en route to Haiti. They were allegedly chased by a coast guard boat, but later ran aground.

Police sources said that two of the Jamaicans have been co-operating with investigators and have revealed that they were mobbed and robbed of the ganja by an angry group of armed thugs in Haiti.

They were, however, rescued by three Haitians, who offered them food and provided them with shelter.

They were processed by the Marine police and placed in custody at Castle Police Station.