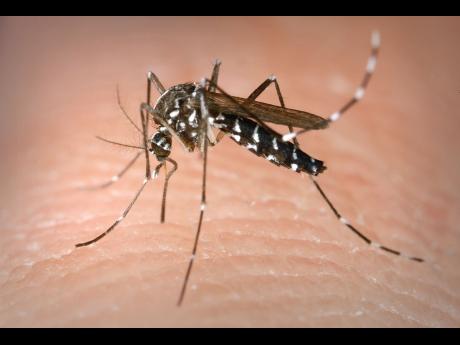 One of three Haitians who were picked up by the Marine police off the coast of Norwich in Portland has been hospitalised.

The Haitians, who were in custody at the Manchioneal Police Station lock-up, were rushed to hospital yesterday morning after complaining that they were feeling sick.

Police sources have revealed that two of the Haitians were treated and released, while the other, whose condition was considered to be extreme, was admitted.

The police are now fearful as to whether or not the Haitian man might be infected with malaria, a disease transmitted through the bite of an infected Anopheles mosquito.

According to a senior police source who is awaiting tests results from the hospital, and who also requested anonymity, the police are fearful that if the tests are returned positive, it could well be that other prisoners at the lock-up might be infected.

The three Haitians, along with three Jamaicans, were picked up last Saturday, after they returned from Haiti, where the locals were allegedly robbed of an undetermined amount of ganja by armed thugs in that country.

The six men are scheduled to be charged with immigration breaches later this week.