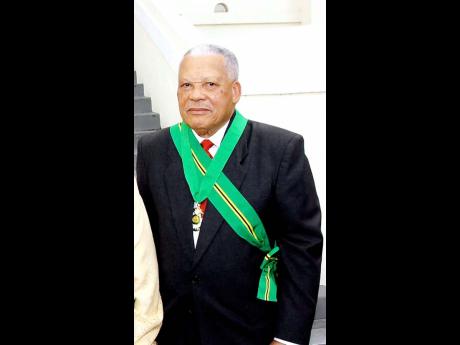 People's National Party President and Opposition Leader Dr Peter Phillips said he is saddened by the death of the former member of parliament (MP) for North East Westmoreland, Headley Cunningham.

"He was a man of high integrity and even-handedness, especially in his role as Speaker of the House." Dr Phillips said.

Cunningham was elected to the House of Representatives in 1989 as the member of parliament for North East Westmoreland. He remained the MP until 1993 when the number of seats in Westmoreland were reduced from four to three. In his sole general election outing, Cunningham beat the Jamaica Labour Party's Astil Sangster by 2,898 votes.

Cunningham, a prominent attorney, was a president of the Cornwall Bar Association. He began his legal career as a barrister-at-law, and according to Phillips, he distinguished himself with an "outstanding contribution to nation building as a representative of the people and through his legal profession.

"Headley's influence in his chosen field was in fact global. He was appointed to a number of key international bodies and gave exemplary service wherever he went," Phillips said.

Cunningham was awarded the Order of Jamaican 2007 for outstanding service in the field of law.