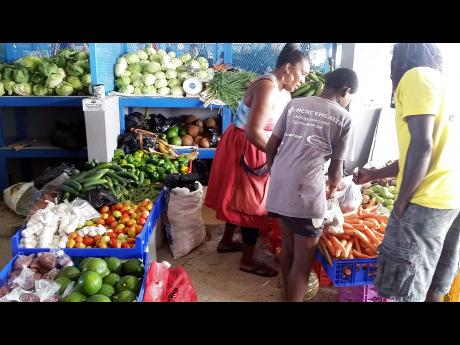 Doraine Richards (left) attends to a shopper at her stall in the new Falmouth market. 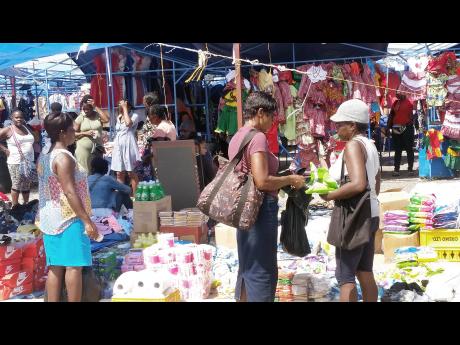 The Bend Down section of the Falmouth Market in Trelawny.
1
2

North Trelawny Member of Parliament Victor Wright says that the opening of the new Falmouth Market is yet another example of continuity.

"This is another project conceptualised by the previous Government. Except for a few concerns expressed by shoppers and vendors, all seems to be going well," Wright said at the opening of the $300-million facility.

Among the complaints from the vendors is that the $8,000 stall fee and the $2,500 weekly fee registration fees are too high.

Doraine Richards, a food vendor since 1994, said, "The fee is a little high, but if vendors use their brain, they can afford it."

Wayne Jarrett, a 28-year-old food vendor, said that "the stalls are too small. The goods I offer cannot hold in the stall space".

Mayor Collen Gager said that some tweaking may have to be done to accommodate vendors like Jarrett.

The New Falmouth Market should have opened in late 2016 but was hit by several delays. It was initially projected to cost $175 million when the contract was awarded in March 2015, but the price tag ballooned to more than $300 million. The facility was being built by the Port Authority of Jamaica.