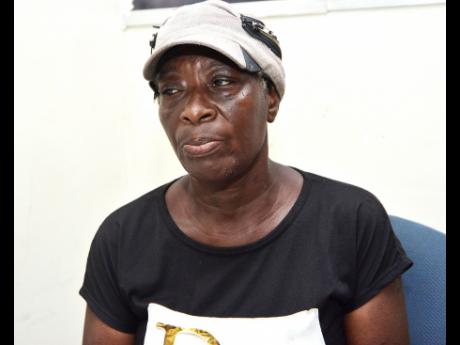 Kenyon Hemans/ Photographer Nora Palmer is saddened by the sudden death of her son. 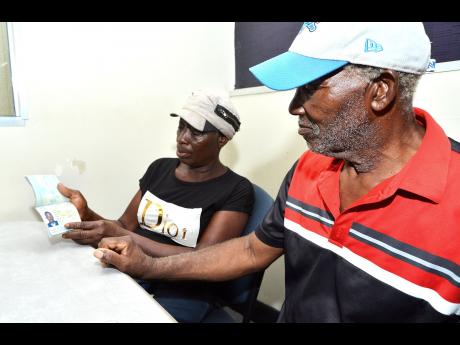 Kenyon Hemans/ Photographer Rodrick (right) and Nora Palmer are still trying to come to terms with the death of their son.
1
2

Rodrick Palmer and his wife, Nora, were a picture of grief when they visited THE STAR earlier this week. Not only are they mourning the sudden death of their son and main breadwinner, but the elderly couple say they are yet to know the circumstances surrounding his death.

His father stated that he had no idea that when his son, Andre, bid them goodbye on October 26 as he left for work, they would not be seeing him alive again.

"Him is a security guard, so he was on the night shift. The company van come to pick him up and him would normally call to tell mi him reach work, but him never do that. The next morning me call him, but him phone nah ansa. Shortly after, two of his co-workers came to tell mi him collapse and dead," he said.

Palmer said he was told that Andre was securing a construction site in the Corporate Area when his body was found.

"They didn't take me to the spot where dem say him dead. All dem say is that they went to the place where he was working and a call him, but when dem nuh get no answer, dem force them way in and see him dead on his face," he said.

The distraught father said that the details of his son's death became even more conflicting when lawmen told him that he could not see the body of the 26-year-old because it was a criminal matter.

"I asked if I could see his body, but the police told us we can't see the body because is a 'police' case. Up to now we nuh see him, and is like we don't know if him dead or not. The police tell mi them find three spent shells beside his body and traces of blood, so mi confused because mi get a different story," his mother said.

THE STAR tried to get a comment from the police's Corporate Communications Unit, but we were unsuccessful in our attempts.

Accepting the death of their last child as a bitter pill to swallow, his mother said that it is even more painful not knowing what or who caused her son to take his last breath.

"One of his superiors then tell wi say it look like him go through a window over to a place to make a shift bed, and it look like him foot hitch in a steel at the window and him fall and bruk him neck. That night he didn't get a gun like usual, but they give him a dog instead. The police told us that they found the dog tied to a tree, and my son was found in a kneeling position and a bottle of beer beside him," the grieving mother added.

According to the Palmers, their son was just a few months away from enrolling in the Jamaica Defence Force.

"He was supposed to begin training in February. He cleared everything already and was just waiting to start. Mi cry every single day and night since it happened. A him a wi last baby, and to see him just dead so and all now we don't know what happen. Wi son was a trying boy, and him just gone left wi like that without any answers, " he said.