Female shottas rob cabbie - But thieves only get less than a $1,000 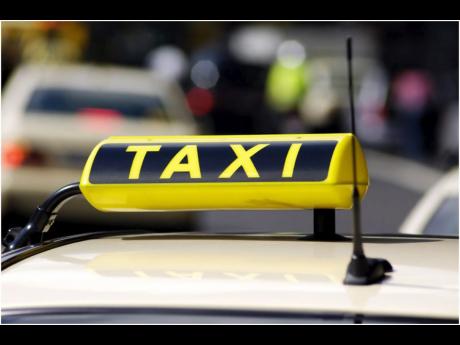 A Corporate Area taxi operator said he and another male recently had to 'tek kin teet kibba heart bun' after they were robbed at gunpoint by two women posing as passengers.

But the taxi man said the females made off with less than $1,000.

"Mi take up the two girl dem a Half-Way Tree and the sexier one come sidung beside mi. Afterwards, a youth come in the car, and mi leave the taxi stand shortly after because mi never did a get no more passenger. The girl at the front start chat mi out but the one a back never did a say anything, but mi never did a pay it no mind," he said.

The man said the female at the back finally spoke to him when she offered to pay additional fare for a detour, which he said was not unusual.

"As soon as mi turn the corner mi feel summen cold a mi neck back, and the woman a tell mi to gwaan drive or she a go buss a shot in my neck. Her voice wasn't convincing ... she never sound gangsta. But when mi look side a mi, I realise say a serious ting," he said laughing.

He said he was shocked when the other woman began searching the glove compartment and eagerly grabbed the $800 he had collected from a previous trip.

"She have her hand rest in her bag too, so mi don't know if she have a gun. When mi prips again through the rear view mirror, the male passenger face looked shocked and him empty him pocket and tell the one with the gun say a just bills him have to pay him fare because a work him a come from and she grab it from him. All this time, the one a back a make all type a demand and threat, but mi calmly tell her say mi no have none and mi have kids so mi a beg her spare mi life," he said.

He said that after handing over the money, the woman in the back ordered him to stop.

"The two a dem take off like dem just rob a bank. It take mi a minute or so to drive off because part a mi did shock. When mi drive outta the scheme, mi and the man just buss one big dutty laugh because wi couldn't believe wa just happen," he said.

The cab driver said he did not report the matter to the police because he did not lose anything of value.