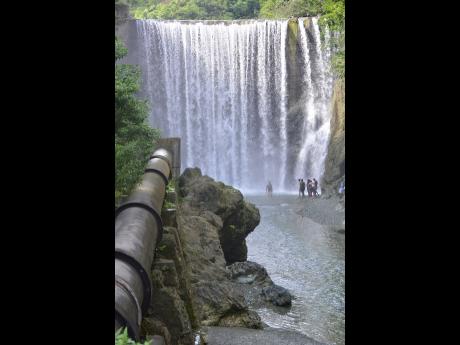 The name of the attraction was changed from Dam Falls to Reggae Falls after the Reggae Boys qualified for the finals of the 1998 World Cup in France. 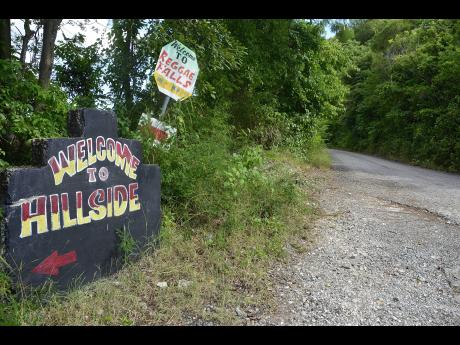 This signs point to the direction of Reggae Falls in the community of Hillside, St.Thomas. 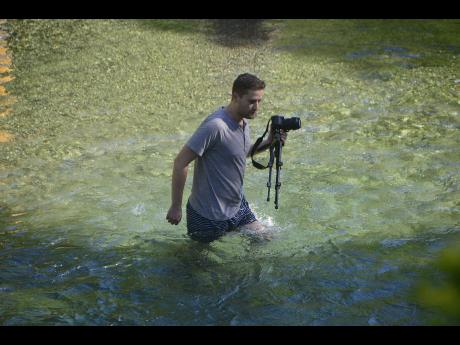 A tourist enjoys the water while shooting some pictures at Reggae Falls in St.Thomas. 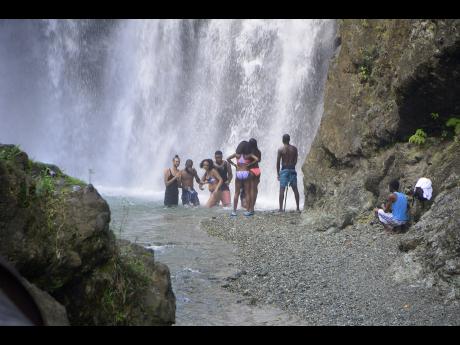 The name of the attraction was changed from Dam Falls to Reggae Falls after the Reggae Boys qualified for the finals of the 1998 World Cup in France.
1
2
3
4

There's a great deal of mystery surrounding Reggae Falls in Hillside, St Thomas, and the Weekend STAR team ventured to the community recently to unearth its secrets.

The journey to the cascading falls is a tedious one, thanks to the deplorable roads in St Thomas.

Residents of the small Hillside village advised us to turn left when we arrived at the end of the community, and, after driving amid bushes for hours, our sightseeing would take a completely different turn.

It turns out that "turning left" meant driving through a large work site and even a river. One resident was seen washing his clothes as we drove across the river. Another resident, who would turn out to be a tour guide of some sort, was panting as he ran to meet us on the other side.

Paul Briden, known as Pablo, has been living in Hillside since 1991. He said the name of the attraction was changed from 'Dam Falls' to 'Reggae Falls' after the Reggae Boyz made it to the finals at the 1998 World Cup in France. He has been acting as a tour guide since then, and he showed us the way to the falls.

Reggae Falls is the result of an abandoned hydroelectric facility where an 18-metre-high dam was built in the 1920s to supply water to the community. Remnants of the former plant are still there, but a breathtaking waterfall will ultimately distract you from the giant black pipes.

Young boys from the community were seen splashing in the clear water. A group of students from the University of Technology were also there as part of a field trip to learn about the former plant. While it's a perfect getaway to relax, there isn't much to do at Reggae Falls. There are no amenities or cookshops, but if you get thirsty, there is a woman with a small beverage stall nearby.

Briden said that most people come during holidays and the numbers get as high as 20,000. However, he said more development is needed.

"Mi would want to see a good hotel over here so the falls can run better," he said. "We need somebody here to help us develop the place; me alone cya do it. We need a proper cookshop so people can buy food when dem come here. We need bathrooms and things weh can help provide employment for people in the community."

Not much to do, no amenities, tedious journey.

Reggae Falls is perched on the Hillside community of St Thomas. To get to the falls, you may travel through eastern Kingston on to Michael Manley Highway and beyond the Harbour View roundabout, which takes you into St Thomas. You will drive through Yallahs and Pamphret, turning left at the Morant Bay roundabout. You will drive to Seaforth and then turn right to get to Hillside. Once you get to the end of Hillside village, turn left and continue ahead to the falls.