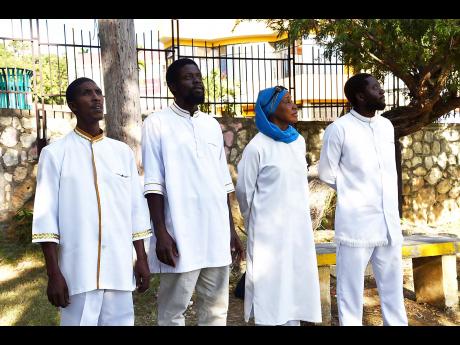 Messengers of Yahweh gazing towards heaven. 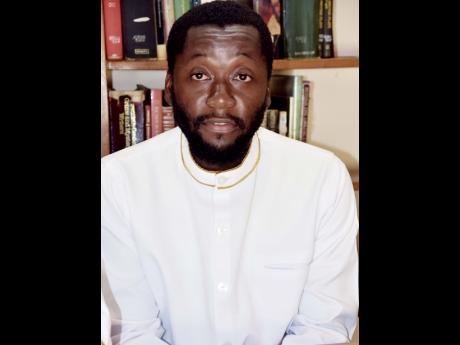 Religious leader Omar Thompson from the Assembly of Qahal Yahweh in Montego Bay says Yahweh's judgement of flood waters and fire will begin to descend upon Jamaica next year, on the 31st anniversary of Hurricane Gilbert.

"The people of Jamaica have rejected Yahweh. For this reason, as it was in the time of Noah and Lot, water and fire shall be upon the land of Jamaica in abundance," Thompson insists.

"Before it reaches the 31st year of Hurricane Gilbert, judgement shall begin. Jamaicans who have turned their backs on Yahweh, they will be killed in flood waters and fires as Yahweh's judgement begins to manifest on the land."

According to Thompson, who is also known as Mosheh, the people of Jamaica have been worshipping idols and demons. Therefore, he said, Yahweh has spoken in his word.

"Because the people of this land have rejected him, his face is now turned against this land," he said.

Thompson is adamant that Jamaicans are comfortable in sin although they profess righteousness.

"They are defiled in their minds, in their bodies, almost every thought in the minds of the people in Jamaica is evil. Almost all their ways are evil. They rise in the mornings, they go to beds at night, mediate and do evil and every time," he continued.