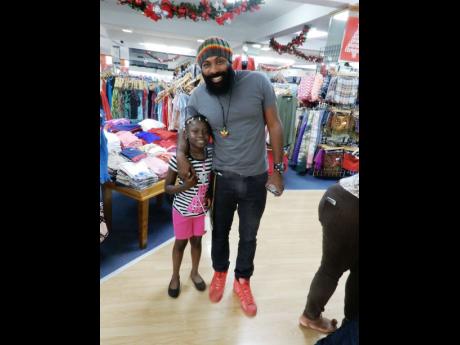 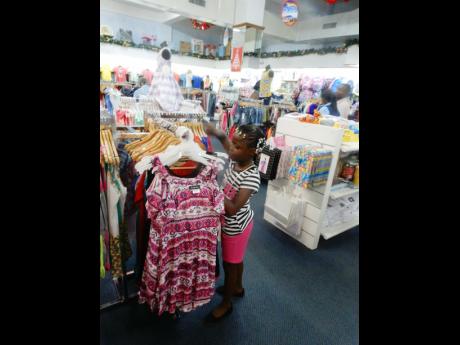 Nadia tries to decide what clothes to try on. 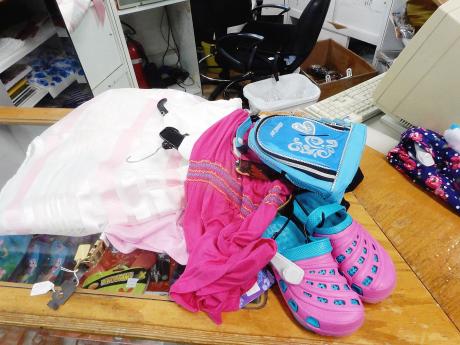 After much thought, Nadia lays out her choices.
1
2
3

On the fourth day of Christmas, reggae singer Anthony Cruz put a smile on the face of a little girl.

Though reggae singer Anthony Cruz would not be in Jamaica for the holidays, that did not stop him from putting a smile on someone's face before departing for the US today.

Though the little one appeared shy when Cruz told her to choose anything she wanted, she eventually got into the groove of things and had the kiddies section on lockdown.

"I don't celebrate Christmas but I really wanted to treat two children today from an inner-city community," Cruz told The STAR. "I wanted it to be a boy and a girl to strike a balance but we didn't get any word from the boy's family."

Graham, a student of St Peter Claver Primary School, made no apologies about her affinity for the colour pink, and selected a variety of dresses, skirts, blouses, crocs, even a lunch kit boasting the vivacious colour.

Not far away was Cruz's 10-year-old son Jahmari Smith, who managed to sneak in a few items for himself.

"I brought him because me want him experience bringing out somebody and giving back; I want to teach him from early what giving back is about," the entertainer shared.

As Graham gleefully scanned through hangers of clothing, the Mama's Blessing singer recalled Christmas as a youth growing up in Mandeville.

"Down inna the country, it's kind of different," he said. "You used to hear about it but not really understand what Christmas is about. We kinda more look forward to Grand Market night cause it's a night where we save up we money and go out. I guess when you're younger, you kinda just go with the flow but now I understand that Christmas is not really about Black history or culture, but you have people who celebrate it and that's just what it is."

He also could not help but think of his late daughter Shanice Smith, who was murdered in 2017.

"I used to take her shopping all the time. When we go Florida and I take her to the mall, the first thing she would ask is: 'Daddy what's my budget?'. I told her there was no budget, and she got whatever she wanted. She loved name brands," he recalled with a smile.

Cruz is scheduled to perform in Chicago on Saturday before making two more appearances in Illinois on December 29 and New Year's Eve.