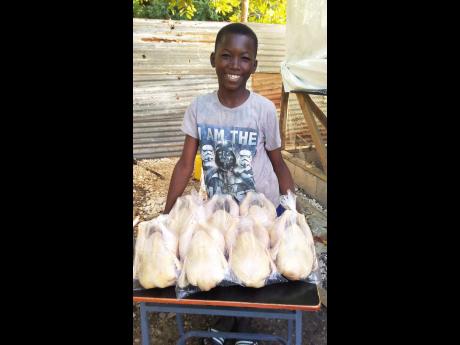 Conroy Shakespeare shows off his chickens. 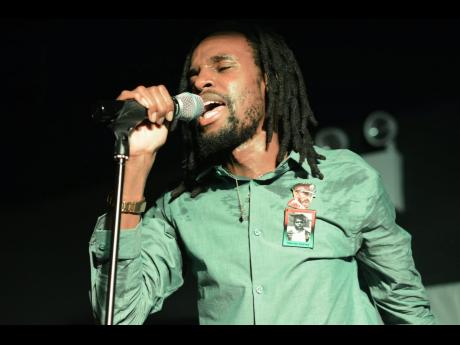 Since launching his small business with seven chickens, budding farmer Conroy Shakespeare has warmed the hearts of thousands of Jamaicans worldwide.

Among them is CEO of Red A Red Music Group, Jamaica-born, New York-based recording artiste Jermaine 'Autarchii' Joseph. Joseph, along with a non-profit organisation called Life Yard, will be presenting the youngster with an award for his entrepreneurship.

Shakespeare will receive the award at the first staging of the Entrepreneurship Meets Live Music event slated to be held this Thursday at 44 Fleet Street, Kingston.

"We wanted to recognise a young youth that was already active, so I started searching the Net, and then someone sent me Conroy's article in THE STAR and instantly eliminated the search as I knew he was the perfect example of what I was looking for. If we can motivate him from now, can you imagine how great he will be and how many lives he will impact?" Joseph said.

When 12-year-old Shakespeare saw his mother struggling, he knew he had to step in and release her burden.

With the help of several corporate companies and private donations, the youngster now has a total of 300 chickens and is looking towards expanding his farm. Joseph emphasised that he was quite impressed with Shakespeare's idea, adding that there are others like him with similar potential.

"Life Yard is a grass-roots organisation, and they have been doing a lot in Parade Gardens as it relates to music and other things. A lot of innocent youths have the talent, but they don't have anyone to push them, so if we start to encourage them and let them know that we have a network where they can come to and build their craft, then this will be the beginning of something great," he said.

"We are looking to moving to other Caribbean islands in the future. I realise that a lot of raw talent is here in Jamaica, but sometimes, it just don't turn over or reach the full potential, so this is our way of inspiring the younger generation and helping them harness their culture," Joseph said.