Demons are inside my niece - Woman seeks deliverance for relative 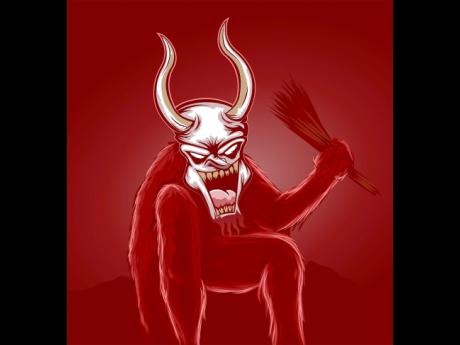 A Corporate Area woman is claiming that her teenage relative is suffering from a generation curse and is now possessed by demons.

Speaking with THE WEEKEND STAR on Thursday, Jane Brown* said that the child has missed a term from school because she poses a threat to herself and others.

"She not in her right mind at all. She bite and kick and spit sometimes. Right now I have to stop working to stay at home with her, and she have a different type of black which is because she has demons inside of her. There are days when she is calm, and another time she just act up and you hear a different voice coming out of her. I can't even carry her on public transportation because she will get act up and is always telling the other 'person' to get on the vehicle as well, " she said.

According to Jane, she blames her relatives for always talking about dead people and accused them of 'feeding' ghosts.

"One of our relatives had died, and when we were at the dead yard, one a mi family dem start throw out food and a say a for the person who dead. A right deh so mi know say is a spirit she invoke. Afterwards mi and mi niece go church, and the church people dem start hear the next force a talk through her. When dem ask a who dat, the demon identify itself as the person who did dead," she said.

During the interview the girl could be heard speaking aloud and evening laughing at times. But according to her aunt, she is speaking to the unknown.

Her health is also being affected, and according to Jane, no church has been able to successfully cast out the demons that have taken residence inside her niece.

"Right now, a four months she nuh see her period because it look like a sex demon a have sex with her. She having pain all over, but yet still when I take her to the doctor, the doctor don't find anything much wrong with her. A nuff church mi go, but it nuh work and sometimes people say I should take her to Bellevue [Hospital]. But I know my little girl and that this is a spiritual warfare" Jane said.

The woman said that she has been the teenager's sole guardian since she was seven years old, and it since becoming her guardian that she realised that something was amiss.

"I used to see her talking to trees and just acting like she have an imaginary friend. When I asked her who she was speaking to, she would say her best friend. When she came to live with me, she had numerous outbursts and would throw stuff around. But one of the worst thing that she did was to push a man off his bicycle and tell mi that the voices told her to do it," she said.

Jane added that she is hoping to send the child to school for the new school term and is constantly praying for her deliverance.

"I am unable to work because I can't leave her with anyone. Right now, I just have to have faith in God and continue to pray for her and hope that the Almighty will send someone who will help to get her normal again. She keep saying the demon telling her that they are her friends and she should not get let anyone separate them," she said.