Sheer joy - Parents happy that stolen baby has been found 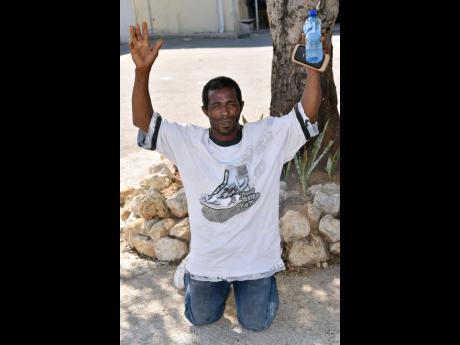 Walton Evans thanked the Lord after his baby was found. 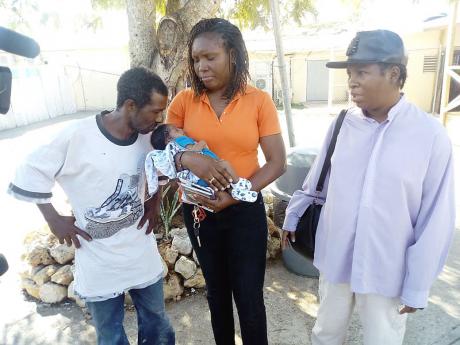 Walton Evans (left) kisses the head of his baby girl being held by Detective Eulett Lewis in St James on Sunday while the child's mother, Latoya White, looks on. 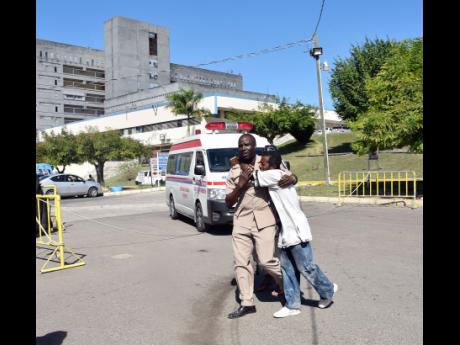 Walton Evans (right) cries as he holds on to Inspector Franklyn Hunter after his daughter was found.
1
2
3

It was a picture of unspeakable joy when Walton Evans, 41, and Latoya White 34, the parents of three-week-old, Vernesha Evans, were reunited with their child, who was snatched from them last Friday.

The child's mother reportedly left her with a woman in the car park of the Cornwall Regional Hospital in Montego Bay last Friday and went to use the bathroom. After she returned, she discovered that the woman and her baby were gone.

Evans, who is employed to the western regional office of the National Solid Waste Management Authority as a street sweeper, cried openly having set his eyes on Vernesha in the comforting arms of the police.

"Since the woman take mi daughter, Vernesha, I have not slept. I have been watching the nights, waiting for the sun to come out with great anticipation of finding my baby," Evans told THE STAR.

On Sunday, Evans seemed even happier than Latoya White, the mother of his second daughter. So much so that he knelt and prayed to God, thanking Him for the safe return of his daughter. While he shared his joy, his common-law wife was inside the hospital observing as medical doctors examined their daughter.

Evans said that having lost his first daughter, who is now 12 years-old, to the State 10 years ago, he was worried that he was about to lose his second child.

"I was worried and fearful that my daughter would not be found," Evans said.

"I lost my first daughter to the Government. She was taken from me while I had her on a handcart in the Charles Gordon Market," Evans said.

According Detective Sergeant Eulett Lewis-Green from the Montego Bay Criminal Investigation Bureau, Vernesha was found in Montego Bay on Sunday after the police received several tips as to the whereabouts of the baby and went in search of the child and her abductor.

A 26-year-old female bartender and her common-law husband were both taken into custody by the police in Montego Bay, St James, yesterday, after the baby was discovered at their home in the Norwood community.

"The mother and father are very happy right now. We want to thank the public for all the information that we got," Lewis-Green said.