Woman thanks stranger who saved her life 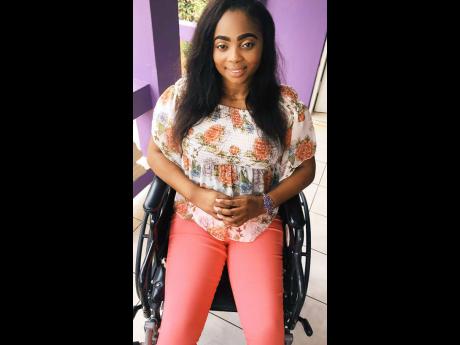 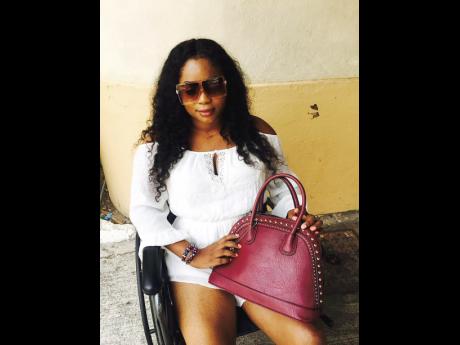 In 2014, as persons stood watching a woman die after being involved in a motor vehicle crash along the New Forrest main road in Manchester, a stranger knew he couldn't watch her lose her life.

Instead, he stopped a cab and paid the driver to transport the woman to the Mandeville Regional Hospital.

Four years later, although she suffered memory loss and has no recollection of the collision, Sherese Brown said that she would like to tell the good Samaritan thanks for his deed.

"I have never met him and no one seemed to know who he is, but I am really appreciative of all that he did for me. I was told that I was laying there for about two hours as my life drained from my body. No one wanted to take me up because no one wanted to help a 'stranger'. The irony was that all of who surrounded me were persons who knew me, but they didn't recognise me because of the blood on my face and injuries. The man, I heard, was passing and stopped to help me, and I am forever grateful," she said.

On the day of the incident, Brown said her day started like any other, and showed signs of the impending danger.

A video clip that is being circulated shows the then 25-year old being dragged through the windshield of a mangled car that had flipped before crashing into a utility pole. Brown suffered multiple injuries, including a broken neck, collar bone and chest plate, as well as severe damage to her brain, spine, abdomen and face.

Her friend, who was the driver of the ill-fated car, received injuries to his back but was still conscious.

"The police station was just minutes away, but the fire truck or the police didn't come after persons called them. In the video I saw where my head banged on the ground while persons were pulling me out the car, but I knew they were just trying to help," she added.

After being transferred to the Kingston Public Hospital, Brown spent three months undergoing a series of operations.

"I really just remember coming into Jamaica from the Bahamas some time before my life changed. I spent another seven months at Sir John Golding Rehabilitation Centre in Mona. When I got home, it was my nieces who told me that I was involved in an accident," she said.

The 29-year-old, who is a licensed cosmetologist, said that her life has changed drastically since the incident as she has lost her independence and is unable to work.

"The details of that day will forever elude me, but what I do know is that I was the most vivacious person there was. I loved life unconditionally, and it loved me back... well, until that day. I wanted to further my education, I wanted kids. And while I am able to do that, I want to be an independent mom and take care of my children. But now my friends and family have to be doing almost everything for me," she said.

Reflecting on the ordeal, Brown said that she is disappointed with how the emergency response teams handled the incident.

"Maybe if the police had just lent their expertise then I would not be living in constant excruciating pain, maybe my sleepless nights would be lessened and maybe I would not be bound to a wheelchair. I never ever got a chance to meet the man who assisted me, but again I want to tell him much thanks and love," she said.