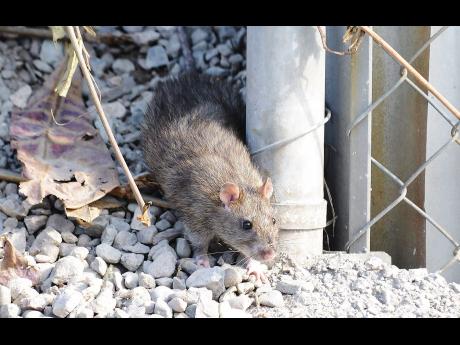 As part of ongoing efforts to get rid of rodents on sections of Gloucester Avenue in Montego Bay, the St James Health Department has embarked on a fresh campaign to relocate vendors and provide them with better access to sanitary facilities.

Lennox Wallace, the chief public health inspector for St James, told WESTERN STAR that his department has been granted $1 million from the St James Municipal Corporation to carry out the project and that the vendors have been informed of the plans.

"That general area in front of the Pelican Grill Restaurant, we have a high rodent infestation there. So we've asked for some assistance, and the municipal corporation has given us $1 million to start that rodent-control programme there," said Wallace.

"We called the vendors to a meeting, and we explained to them that as far as we're concerned, the increase of the rodent population is a direct result of them operating there."

Wallace said the vendors will be moved closer to the Old Hospital Park, on the other side of the avenue, to give them greater access to bathroom facilities.

"We will ask the municipal corporation to have somebody employed there to open the facility during the night so they can use it (bathroom facilities)," said Wallace.

For years, the issue of rat infestation in the western city has been a constant problem, resulting in conflicts between the health department and food vendors who allegedly engage in improper waste disposal and other unhygienic practices.

In 2017, the St James Health Department carried out a rodent-control programme along Gloucester Avenue, where food vendors were selling jerked chicken, soup and other items nightly. That programme was executed at a cost of $6.5 million.