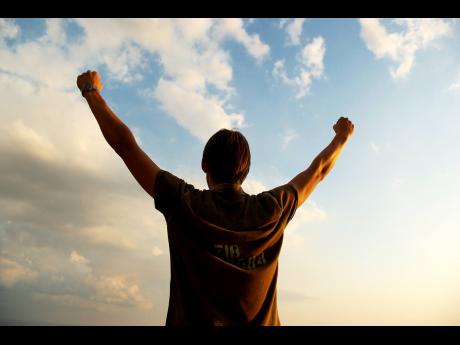 Following the murder of Jevaughn Hudson on Sunday in Portmore, Mike Brown* is counting his blessings as he could have been killed in the same incident.

The Corporate Communications Unit reported that on Sunday, Hudson was among a group of men on a playing field on June Flower Road, Caymanas, St Catherine, when about 6 p.m., a motor car drove up with three men aboard who opened fire hitting him and three others.

The police were alerted and all four men were taken to hospital where Hudson was pronounced dead, the others were admitted for treatment.

Brown, who was also there, had left the field merely minutes before the gunshots started to fly.

He told THE STAR that every Sunday the community hosts a league where people come out to enjoy themselves.

He said that Sunday was like any other and so he was shocked that a shooting took place.

"The game did just done and the man dem pan the two side walk off the field and a cool off and chat," he said.

Brown said that he felt the need to go home and indicated to the men that he was leaving. He said that about 10 minutes after the game ended, the crowd was peppered with bullets.

"Mi get up and seh mi a go home and mi walk off go to the shop. By time mi reach the shop, mi just hear bare shot and see people a scatter," he said.

While saddened by the shooting, Brown said that he was grateful that he is safe.

"Mi did deh right beside the man dem, enuh, and mi get up and walk cross the road. The whole a dem a mi fren, enuh. Mi caa believe dem get shot, star," he said.

Another resident said that based on how the incident unfolded, Hudson seemed like the intended target.

"Wi see the car a go up and dung the road, enuh, but is a competition so wi nah pree nothing. Di whole a wi just a chill after a game and the man just drive up and start fire inna the crowd. People just start scatter and when him (Hudson) ran off, one a the man run after him," the resident said.

Another said: "Even after him drop, the man still a pump shot inna him."

The residents tol d THE STAR that the community is tense because no one is aware of what caused the attack and what will happen next.