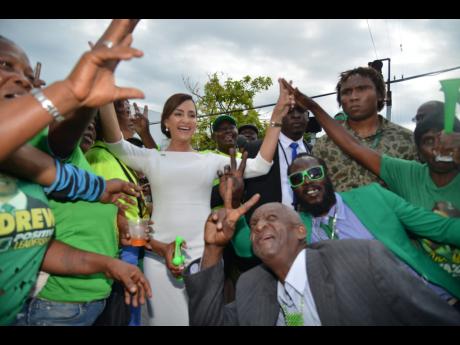 East Portland Member of Parliament Ann-Marie Vaz being greeted by supporters outside Gordon House on Tuesday. 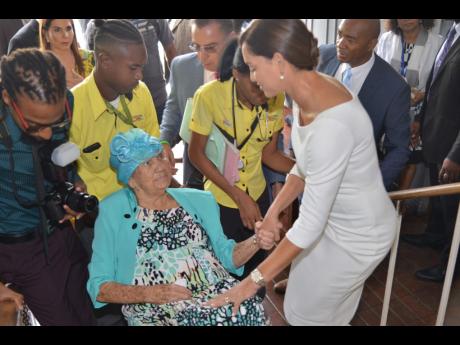 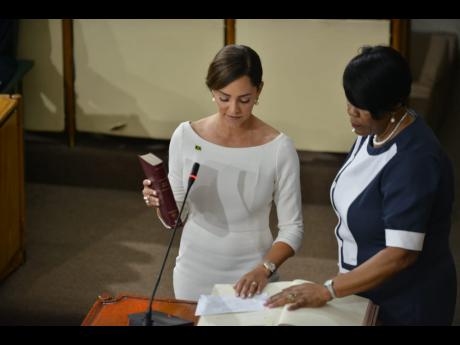 Eva May Wright sat in the visitor's gallery of Gordon House on Tuesday and watched as her granddaughter, Ann-Marie Vaz, was sworn in as member of parliament.

Wright, 99, was featured in an ad for Vaz's campaign where she spoke about the difficulties her granddaughter faced while growing up in Duff House, which is situated on the border of St Elizabeth and Manchester.

"It was rough, because she used to have to carry water on her head, go down to the garden to water the scallion, which is very hard. One day she said to me, 'Grandma, would you believe that there's going to be better?'," Wright said in the ad.

Ann-Marie Vaz defeated the People’s National Party’s (PNP) Damion Crawford by 319 votes in the hotly contested by-election in April, making her the first woman to hold that seat, and ending the PNP's 30-year stronghold in that constituency. She got 9,989 votes to Crawford's 9,670 votes.

Ann-Marie Vaz, now joins her husband, Daryl Vaz, in parliament. He is the MP for West Portland.