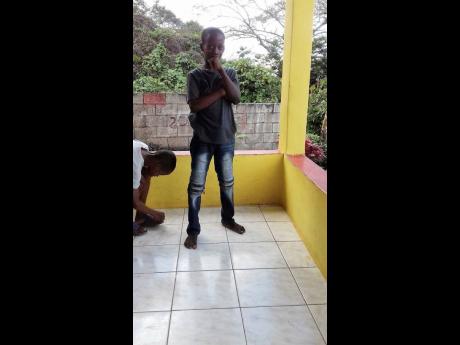 The community of Frankfield and students and staff of the pimary school in the town are mourning the death of 11-year-old Malik Walters, who drowned on Sunday.

His teary-eyed grandmother, Perita Johnson, said his death is a hard blow to deal with.

She said her grandson and daughter were supposed to spend the day with her, but plans were changed at the last minute.

Information reaching the CENTRAL STAR is that about 1 p.m., Walters and two of his friends went to the Rio Minho to swim, when one of them got into difficultly.

There was high hope

One of the boys went to seek assistance, leaving behind a 10-year-old who tried his best to save Malik.

It took between 30 and 45 minutes to locate his body in the river. When Malik was found, residents laid him on the river bank for about 30 minutes before a man decided to try applying CPR (cardiopulmonary resuscitation).

For a brief moment, there was high hope that Malik would have made it after he was pulled from the river, and the CPR was administered.

Clive Mundle, councillor for the division, had expressed hope as Malik had opened his eyes and spewed out water, before the police whisked him off to the hospital.

But a recovery was not to be. He was rushed to Spaldings Hospital where he succumbed to his injuries.

Mundle used the opportunity to urge the community to invest in CPR training.

"If we as a community, train more people in doing CPR it would be much better. A lot of times we think someone is dead and he is not," said Mundle.