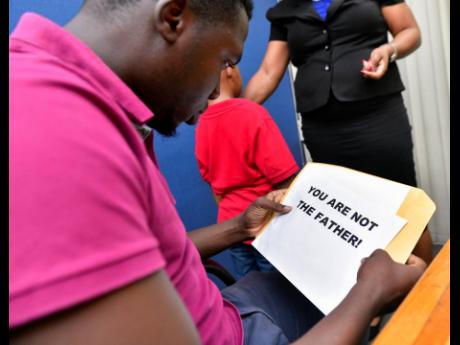 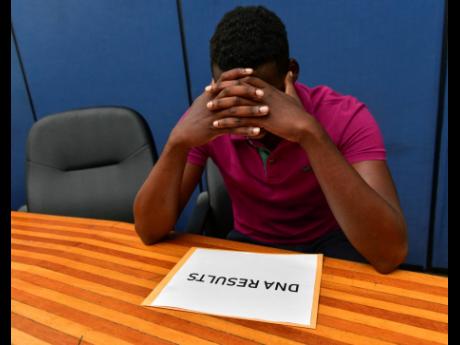 A company that offers DNA testing in Jamaica has disclosed that in 70 per cent of their tests the men who were named as fathers had nothing to do with the paternity of the children.

In other words, seven in every 10 paternity tests conducted by the lab showed that the men were not the fathers.

Polygenics Consulting, which has been operating in Jamaica since 2015, says it has witnessed a steady increase in the number of persons seeking DNA tests.

Generally across Jamaica, between 30 and 100 persons visit facilities that offer DNA testing, and families come to these facilities seeking DNA tests as early as when the child is one day old.

Sociologist Dr Orville Taylor, while pointing out that the 70 per cent figure is specific to Polygenics Consulting, and not representative of the whole population, said they show a level of promiscuity among Jamaican women.

“I don’t find the data particular disturbing. If it’s a case where the people are not in a stable type of union, this would be a reflection of that. If somebody is not very careful or scrupulous about who she is having unprotected sex with, then there’s a 70 per cent chance then she will have a child for someone who is not the biological father. It points to some level of promiscuity,” he said.

Meanwhile, Lanny Davidson, chairman of Fathers in Action, described the actions of the mothers as “child abuse”, and said this can have devastating consequences for the child.

“One child I heard about, she went from being a straight ‘A’ student, to an almost high school dropout. Her father was filing for her, and when she found out that he wasn’t the father, she got very unruly. Her behaviour changed, she started ‘sculling’ school, and she got very promiscuous,” he said.

He said mothers should think about their children before deciding to name other men as the fathers.

“She’s choosing amongst her sexual partners which one she wants to call the father. I think it’s a cop out on her part. It’s not the mother’s choice,” he added.

He also pointed to another possible consequence of naming the wrong father.

“On a bigger scale, you may even find brother and sister getting married,” he said.