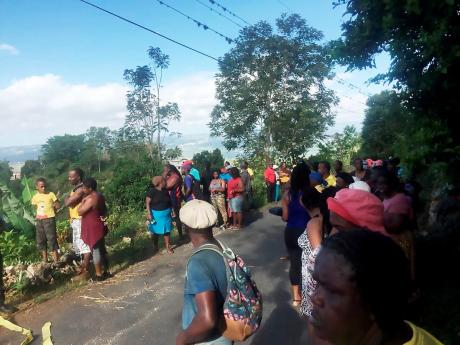 Residents of Bellefield stand along the roadway near the murder scene. 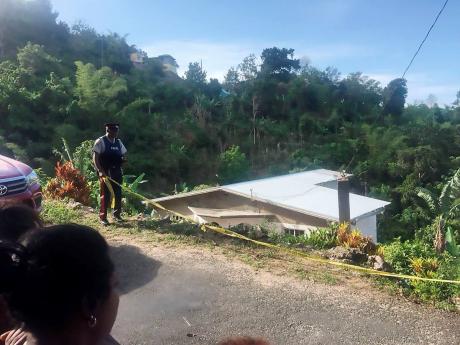 A policeman cordons off the crime scene.
1
2

Residents from the community of Top Bellefield were left devastated yesterday after the murder of three people in the usually quiet area.

According to Superintendent of Police David Whyte, the bodies were found approximately 7:30 a.m. by a family friend.

He said that the bodies were found with gunshot wounds and no motive has yet been determined for the killings.

"The entire community is in shock, and based on what we have heard, none of the deceased would have been in anything illegal. The man was a farmer. The common-law wife was the one who sold the produce at the market in Kingston, and the stepson had a 12-hour job down at the bakery in Williamsfield," he said.

Councillor for the Bellefield Division Mario Mitchell pointed out that such crimes were unheard of in the community.

"This is indeed shocking. This is the first time we have heard of something like this because it is a very quiet, farming, hardworking community. I just want to encourage the community to remain resolute and vigilant ... . anyone that has any information please pass it on to the police," he said.

Morgan's eldest brother, Jeffery Pommels, said that he woke up early yesterday to head to the bushes and that was when he got the terrible news.

"Me hear me neighbour bawl out and say a three a dem dead ova deh. When me run ova deh now me get fi understand say a Ballie, him wife, and the little boy," he said. "Boy, I don't know what could cause this ... this shocking, man. I don't know how this could happen."