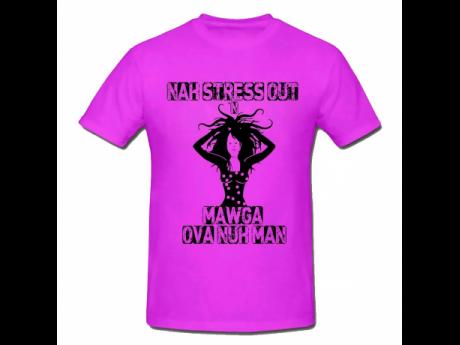 One of the T-shirt designs. 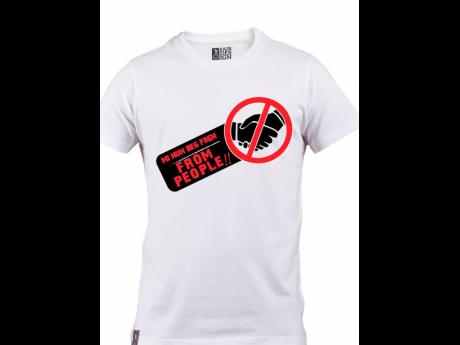 The shirts come in all colours. 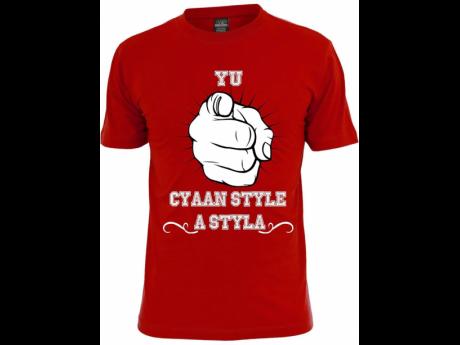 One of the catchy phrases sported on T-shirts in Swaby’s line. 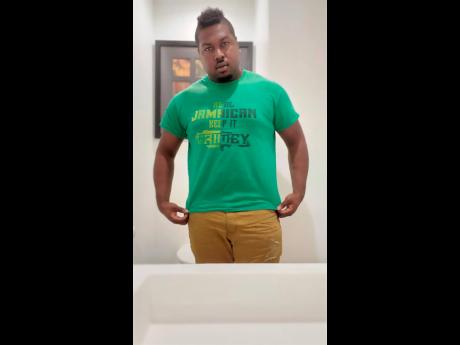 A suggestion from a friend is what charted the way forward for Andre Swaby towards owning and operating his own start-up, the Jamaican Slangz and Patwa T-shirt line.

Swaby, 30, told THE STAR that a friend called Squidel introduced the idea of branding and T-shirt printing. He went straight into it, and about five years later, he is happy he got started.

He told THE STAR, “From about 2014, I started printing T-shirts. I registered the business in 2015. Squidel brought the idea to me, and I started my own thing, and that’s how I got started, really.”

Swaby told THE STAR that having influential persons like Tifa, Don Andre and Rawpa Crawpa wearing his shirts greatly helps his cause.

Jamaican Slangz and Patwa, according to its principal, targets the tourist industry and ordinary Jamaicans.

Swaby said, “It’s like a souvenir item for tourists, but we do have T-shirts for ordinary Jamaicans. We have something for everyone.”

The slangs, which are brought to life on the shirts, include, ‘Real Jamaicans keep it grimey’, ‘Mi nuh beg fren from people’, and ‘Live abroad but I represent Jamrock’.

Swaby said that since he has been in operation, there have been limitations, but he and his team have been considering other avenues to improve the business.

“We have had issues promotion-wise. We reached out to a few people, sent them T-shirts. We don’t see them wear it or post it. We know it was delivered and received via shipment tracking. We are not deterred, and it encourages us to continue,” Swaby said.

He said he would recommend merchandising to anyone who wishes to use the trade as a means to earn.

Swaby said, “Anybody can go into it. Once you have the ideas to put on a shirt and market it, people will buy it. It is important to note that it takes a lot of time, and you have to be dedicated.”

The designer was also quick to add that merchandising does not have a ‘season’ as clothing is worn all round.

“There is no high or low season; it differs. Sometimes in a month, you can get 20 sales. It’s how you promote and reach out to the market,” Swaby said.