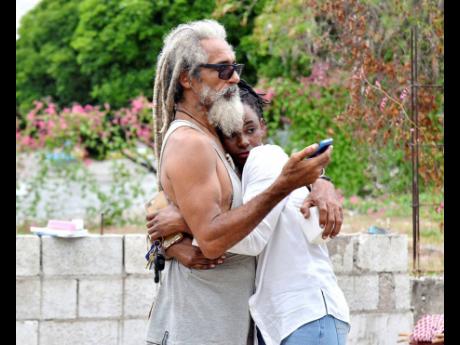 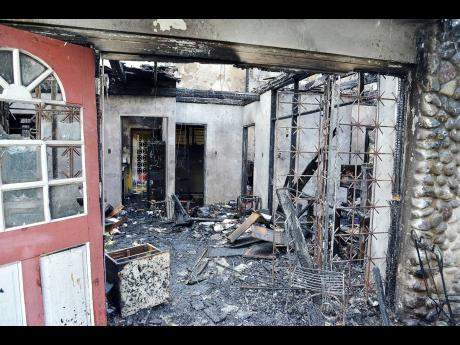 A section of the house that was destroyed by fire yesterday. 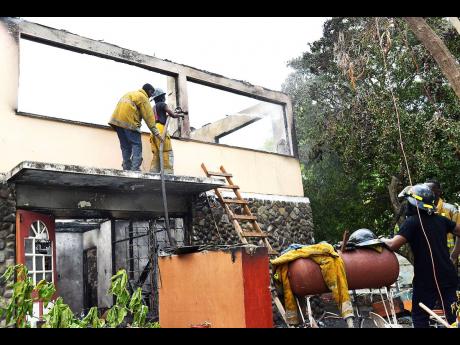 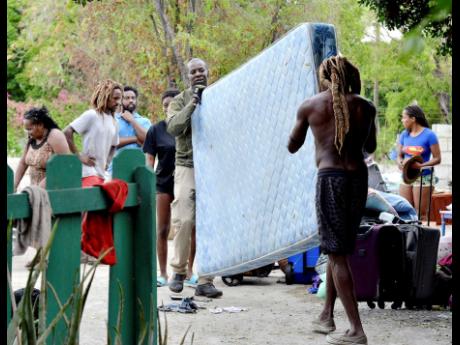 The Wilmots were only able to save a small number of items.
1
2
3
4

Wilmot is known for his role as 'CC' in the Jamaican drama, Royal Palm Estate, and he is recognised for his role in surfing in Jamaica.

Betram Taylor, district officer at the Rollington Town Fire Department, said that they were informed that the blaze was started by children in the house who were playing with fire upstairs. Firefighters received the call at 3:25 p.m., but by the time they arrived seven minutes later, the house was already engulfed in flames.

The Wilmots were able to salvage very little, and seven people, including three children, are now without a home.

But for Claudet Wilmot, Billy Wilmot's wife, the family lost more than home, as a lot of Jamaica's history went up in flames.

"There's a whole lot of historical stuff in here, because my in-laws were journalists and a lot of their work was in the house. We lost a whole lot of irreplaceable stuff," she said

"Apart from the artwork and the carvings and so on, just the artefacts, the documents that were there. There was even a letter there from the last colonial governor, a whole lot of old photographs, letters signed by Michael Manley, an original painting by Ras Daniel Hartman, called Generation Untold, 1969."

Billy Wilmot added that the family lost up to $40 million worth of possessions.

Luckily, some of his most valuable possessions, his surfboards, are still safe,

"The sea quite all right. The sea nuh ketch a fire, and the surfboards are outside," he said.

"At least mi nah fi worry bout clothes fi wear. See mi have on mi one suit ya," he added, bringing some humour to the sad atmosphere.