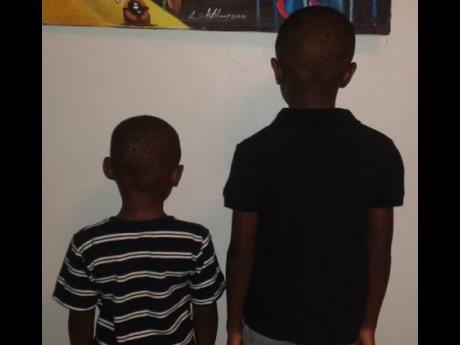 JahDore’s four-year-old and eight-year-old Rastafarian stepsons who he alleges were given a haircut after policemen removed them from their home on April 30. 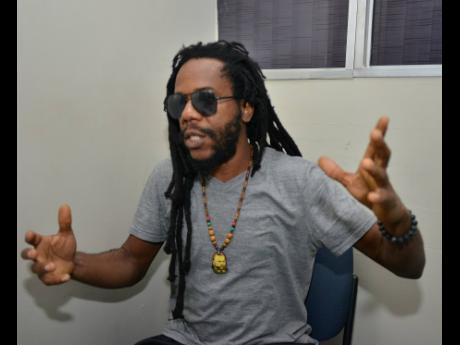 Never in his wildest dreams did 'Kamal di Barber' think that the haircuts he gave to two boys would have caused such great controversy.

The boys, stepsons of reggae artiste JahDore, were trimmed by the barber at his shop in Gordon Town on April 30.

This after the boys had been taken from the artiste's Irish Town home by police, following reports that they were being ill-treated and were not attending school.

JahDore and his common-law wife, the boys' mother, have accused the police of having the youngsters trimmed, and for giving them meat. The police have denied both claims.

Kamal said he had not been following the reports which arose because of the infamous trims.

Asked if he harboured any concern in the aftermath, the barber of eight years told THE STAR: "In a way, yes. I never know a dat did a go gwan."

Kamal said he was only doing his job when the boys, ages eight and four, walked into his shop with people he surmised were relatives.

"A di family member dem bring the boys in here. I never know di woman was the aunty. While me a trim, dem deh deh a talk and mi a listen to dem. To me it come in like it has nothing to do with police, a just di family and how dem feel di treatment weh dem (kids) a get," Kamal said.

He told our news team that the boys' hair was not groomed and 'knotted'.

He said: "Probably if dem did have locks, mi know mi woulda think twice, but I never know. If me did see locks, I would a ask why them a cut dem hair. But I never see these kids before."

He also stressed that he did not receive payment for his services from any police personnel.

Kamal assured THE STAR that he had never before been given any flak for his haircuts, nor has he been approached by JahDore since the incident.

"A straight clean cut, up top settings, di people dem can tell yuh. I have never trimmed a Rasta before," he said.

An aunt has since come forward, claiming she, not the police, took the boys to the barber, an assertion that the police say their probe also found.

But JahDore, an orthodox Rastafarian, is outraged that the family's religious beliefs and practices, specifically dietary customs and hair grooming, were breached.

"My kids are home-schooled and that is completely legal," asserted the reggae singer in an earlier interview.

In THE STAR story on Monday, JahDore's common-law wife insisted that she did not give anyone permission to trim or feed her boys.

"I am very upset because the police are claiming that I gave my sister custody of my children when I did not even speak to her," she said.

Meanwhile, JahDore, given name Sean McDonald, is to appear in court on June 4 to answer charges stemming from an altercation he had with a policeman at the Gordon Town Police Station related to the trimming incident.

He is charged with assaulting a constable, assault occasioning bodily harm, and destruction of property.