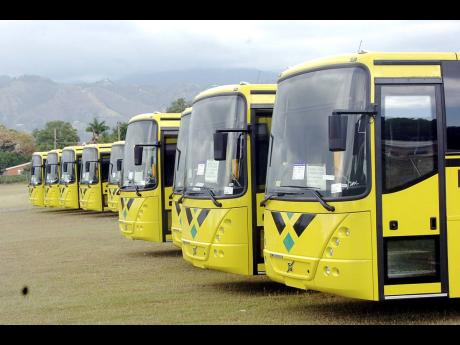 An alleged eyewitness told THE STAR that the sparks also caught power lines, which increased the fear of injury.

The management of the state-owned entity confirmed that one of its buses caught fire in the business area.

Up to press time, details on the incident were sketchy, however, Cecil Thoms, corporate communications manager at the JUTC, told THE STAR that the matter was being investigated.

"I don't have the details at this time but our MD is there", Thoms said.

Our news teams understands that a team of firefighters attended to the blaze and provided cooling- down operations.

It is unknown if anyone was injured during the incident.