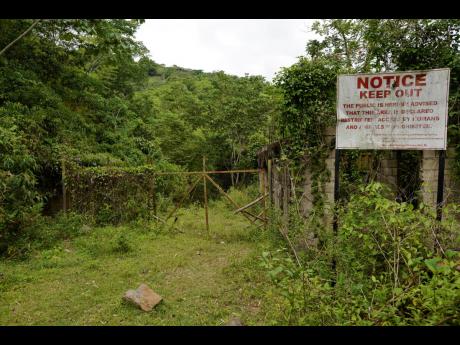 The gates to the gold mines in Pennants, Clarendon, has been closed for some time now. 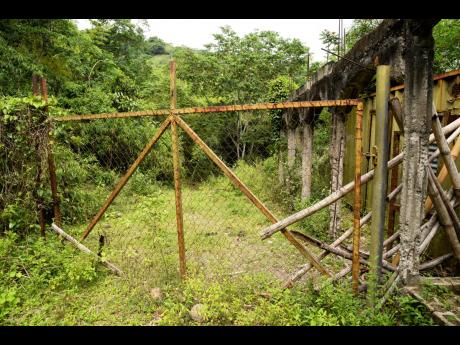 A warning sign readily greets visitors who harbour any thoughts to enter the premises of AUSJAM gold-mining facility in Pennants, Clarendon.

The mine was opened in May 2001, providing employment to residents of the surrounding communities. By December 2002, it reportedly yielded 12,000 ounces of gold, and geologists suggested that only another 3,000 to 4,000 ounces remain to be extracted. However, plagued with management issues, labour conflicts and low yield due to alleged incorrect projections, it eventually ceased all operations by 2004.

Fast-forward 15 years, there are suggestions that the facility could be reopened. Earlier this month, reports circulated that a gold and copper hunt is set to start in the hilly Clarendon community this month. However, when the CENTRAL STAR contacted Peter Knight, head of National Environment and Planning Agency, he said that his office has not receive any application for any such mining activities.

Meanwhile, the possible reopening of the gold mine is not good news for residents of Pennants and adjoining communities such as Krawl.

"This mining site cannot be reopened, because all now I am still waiting on my pay. Is a lot of money them owe we up here and is like we wait in vain. One day, we just deh here and see place a lock down and we no hear anything a mention about we pay, and we a talk about years now," one resident said.

"This cannot open back or a soldiers dem have to go use guard it, because me nuh see how it possible to open or reopen a site when we deh here a wait for years for our pay," he added.

In addition to claims that they are owed for works done at the mine, residents said that the operations had an adverse impact on the environment.

"It didn't do much for the community, not even a facelift. From ever since we have to be buying water. One a the time, all the Rio Minho get polluted and the fish dem dead off. A whole lot of farmers lost their animals, because a nuff cow dead off when them drink the water," a resident said.

Another resident, Jason Brown, said the facility had also created strife between members of the community, and stated that their small community was painted in a bad light.

"We really don't miss the mining thing because it was not a benefit to the community. As a matter of fact, it did more bad than good, because it used to make the people dem live bad with each other," Brown said.