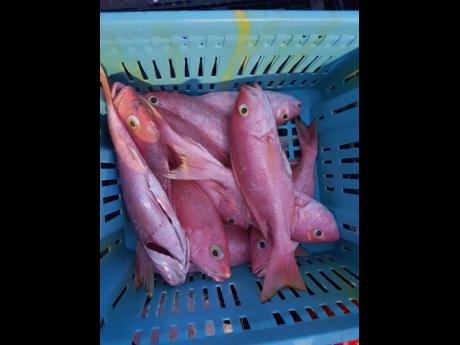 A St James man who admitted to stealing three snapper fish from Rainforest Seafoods in Montego Bay has been ordered to return to the St James Parish Court for sentencing on July 5.

Luke Blair, a 43-year-old construction worker of an Albion address in the parish, was given the return date last Wednesday after he pleaded guilty to simple larceny.

Allegations are that on May 15 this year, at approximately 8:30 p.m., Blair, who was contracted to do work at Rainforest Seafoods, was leaving the compound when he was stopped and searched by the security officer on duty.

The search subsequently revealed that the three snapper fish, weighing 3.15 pounds and valued at J$2,544.75, were hidden under Blair’s shirt.

Blair was then taken into custody and was later charged.

In court, Blair begged presiding parish judge Sandria Wong-Small for mercy while admitting to his crime.

“I know what I did was wrong, and I don’t wish to waste the court’s time. I’m asking for leniency, and I apologise for what I did,” said Blair.

Wong-Small subsequently ordered that a social enquiry report be prepared to help in determining Blair’s sentence.

She then extended his bail until July 5, when the report is expected to be completed.