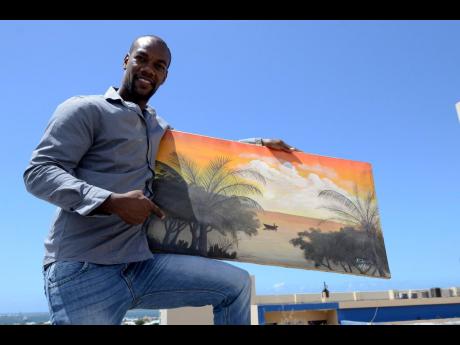 Rudolph Francis dreams of becoming an inspiration for Jamaican youths, especially those from the inner-city. 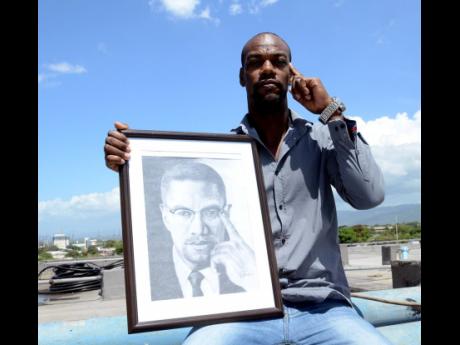 Rudolph Francis, a self-taught artist, poses with one of his pieces. 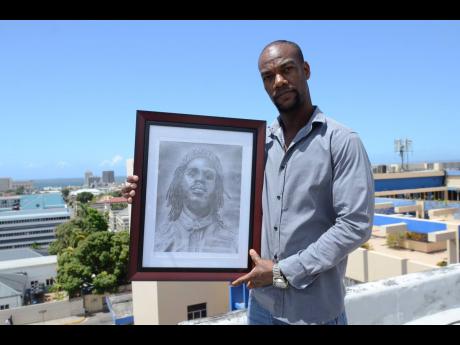 Rudolph Francis says he has been drawing since he was six years old.
1
2
3

Rudolph Francis discovered his keen interest in art at an early stage in life, and was intent on keeping his head high.

The Majesty Gardens, St Andrew-born resident recalls doing his first drawing, based on an Archie comic, at the age of six. He said that it left people in complete disbelief that he was the one who did it.

"When I was in the third grade, I used to draw things for my teacher for the classroom, maps, the coat of arms, the national fruit, ackee and saltfish, all that," Francis told THE STAR.

Now 35, Francis is employed at the Shipping Association of Jamaica as a stevedore, but he has big dreams of practising his craft on a large scale.

Francis, who has no formal training in the area, began pursuing formal education at the Edna Manley College of the Visual and Performing Arts but said he was forced to drop out due to financial constraints.

He, however, refused to sit idle with his talent. He has been sketching portraits using charcoal and graphite pencil, along with producing paintings.

Living by the mantra: 'Time is the master', Francis believes that once he begins pushing and has a foot in the door, he would be able to fulfil his passion. He has also been able to develop his own small art business by the name of Real Arts, Real People.

"I don't want, in the future, to regret not pursuing this. I don't want to look back at my life and say, I should have done it," he expressed.

"Sometimes I beat up myself for not starting earlier but the good thing is that you really start making strides towards what you want and to get to where you want to go," he added.

In addition to making it big in the art industry, Francis also dreams of becoming an inspiration for Jamaican youths, especially those from the inner-city.

"I want to be able to help others who have the skill and ability but for whatever reasons, whether it be fear, doubt, or whatever, I want to help persons to accomplish their goal, their vision," he said.

Francis is usually hired by individuals to do self- portraits, the price of which can range from $10,000 to $20,000. However, he has been unable to develop the market for his pieces.

"It's something that I love and I want to make it my main source of income," said Francis

"It's my passion, it gives me peace, it helps me to meditate, and if I were to let it go, I wouldn't feel comfortable. It would be my single biggest regret and even if it doesn't work out for me, I can say I put my all into it," Francis added.