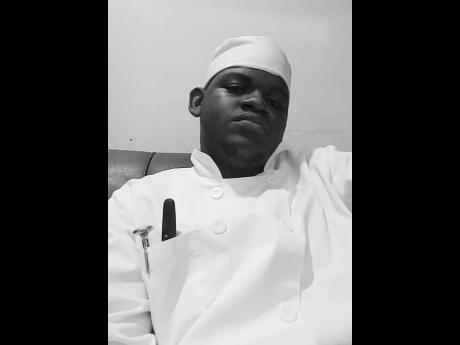 Karey Thelwell drowned at a hotel in St Ann while celebrating his 21st birthday.

A St Catherine family is clamouring for answers after one of their members drowned at a hotel in St Ann. The man, Karey Thelwell, was celebrating his 21st birthday when the festivities turned tragic.

Police reports are that Thelwell was swimming in a pool on the property on Saturday evening when he allegedly got into difficulty and drowned.

The police did not name the hotel.

Distraught family members yesterday told THE STAR that they are dissatisfied with the manner the hotel responded after Thelwell got into difficulty.

"It was his niece that called us, nobody from the hotel called us to inform us of the incident. It was she who saw he was in trouble and called and seh: 'Uncle Karey nah come up mommy, call daddy, and she was on the phone crying. And mi seh: 'Bawl out, call for help," his older sister told THE STAR.

Thelwell journeyed to the hotel with a female friend, his seven-year-old niece, and a pre-teen cousin. He was reportedly swimming at the time when there was no lifeguard on duty.

Thelwell's sister said the family left their home in Walkers Avenue in Portmore, St Catherine, immediately after getting the frightening call from the seven-year-old and rushed to the hotel. When they arrived at approximately 8'clock in the night, they found Thelwell's body lying at the poolside, covered under a white sheet.

The police reported that Thelwell got into difficulty about 6 p.m. and was taken to hospital where he was pronounced dead.

The deceased man's sister said the family is demanding answers. She claimed that there were no medical personnel on site to assist her brother.

"Firstly, it was a guest from the hotel who assisted him in getting out of the pool, giving him CPR and all a that. On our way there, I called the front desk and the gentleman go tell mi that him done drown already, and dem cya do nothing. That's no way to tell me as a relative,"she said.

Thelwell was a sous chef at R-Hotel in Kingston, and the middle child of five children. His older sister said he was a family man and the 'glue' that held their family together.

"Karey was a family person, him basically tek up everybody burden, if you stress, him stress. He's always saying how he's going to buy a big house for everybody. He just wants everybody to be together and be happy. He had lifted spirit, if yuh just meet him, you feel like you've known him long time," she said.

"He was the one with the dreams, the vision, the boy had goals," she said.