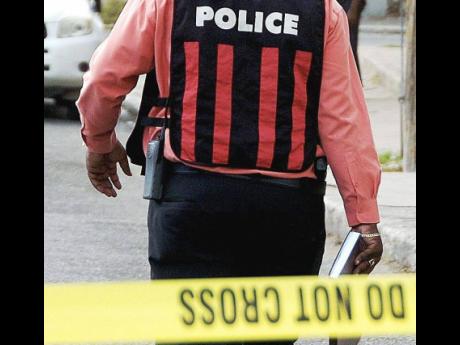 Sorrow and disbelief descended on the community of Chatham in St James after the body of 13-year-old Jillian Smith was found hanging by a length of rope inside the bathroom at her home.

"Jilly is very quiet and have manners to everybody inna the area, suh mi don't know what could a drive har fi go do such a ting," a cousin told THE STAR yesterday.

According to the Adelphi police, a family at the house made the shocking discovery about 6:30 p.m. on Saturday.

"She lef everybody inna shock," the relative said. "Every day wi hear bout people weh deh commit suicide, and hear bout pinckney who a teck dem own life, but a di first time this really happen yah suh," she added.

Following the incident, a businessman in Chatam urged the Government to do more to prevent suicides, especially among children.

"This is a very sad moment for the community and for Jamaica on a whole. This is the life of another youngster gone down the drain, without a cause," Murphy Green said

"I know the government is not responsible for her killing herself, but I believe that the ministry of education should have a group, which visits schools around the island and educate students, and engage those who are a victim of domestic violence, and even faced with problems at their homes," he said.

"Some of these students are going through a lot, and with no-one to really communicate with, or to listen to their problems, they are forced to take the easy way out, " Green said.