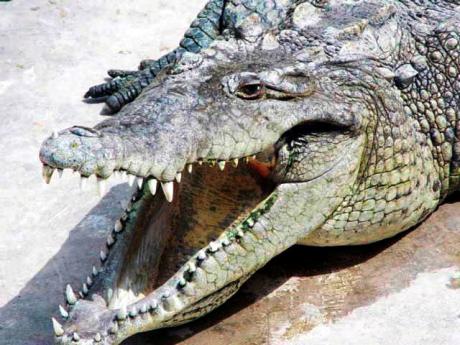 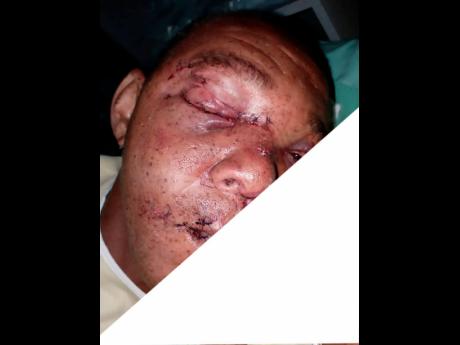 Oral Lee has been attacked at least nine times by crocodiles in the past, but none nearly as deadly as one last Sunday which nearly cost him his life.
1
2

To say Oral Lee is lucky to be alive is an understatement. Not when one considers the fact that he literally had to fight to get his head out of the mouth of a crocodile, even as he heard the chilling sounds of bones in his face being broken by the unrelenting reptile.

“I was in the Rio Minho, close to Rocky Point. Mi and mi fren deh deh and after mi dive, mi feel something clamp down mi head. When mi realise a the crocodile jump and grab me head. Him lock it tighter and tighter until him start spin wid mi, out fi drown mi,” Lee told THE STAR from his hospital bed yesterday.

He said that during the incident that took place last Sunday, he thought death was imminent, but he never gave up.

“Mi tek mi two hand a try fi open him mouth that mi can come out, but it couldn’t work because it coming like is a power clamp him use fi hold me head. After that mi just a hear cru-cu-cu-cu-cum-cum. A mi bone a bruk up to how hard him a squeeze it,” Lee recalled.

A fisherman of 35 years, he said that he has been attacked roughly nine times by crocodile before, and has had several encounters with the reptiles, but nothing prepared him for what happened last week Sunday.

The Gimme-Me-Bit, Clarendon, native who is 51 years old, said he escaped by squeezing the croc in its eyes.

“Mi stretch out mi hand and feel fi di eye and squeeze it, but by that time, him done damage me already. But mi seh bwoi, mi caah give up, mi affi try do supm, so when mi squeeze him eye, him let me go,” he said.

Lee sustained a broken jaw and has been admitted at the hospital since then. He has also suffered complete loss of sight in the right eye and can only see shadows out of the left.

“A the grace a God mek mi deh here right now because when mi look and see seh my head did deh inna crocodile mouth; if him did mek one more squeeze before mi catch the eye, a dead me dead,” he said.