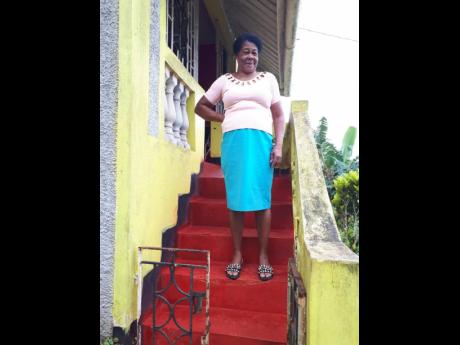 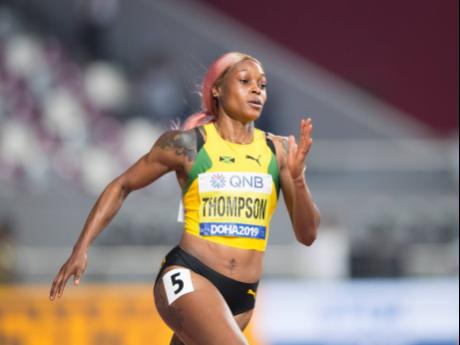 Elaine Thompson competing in her heat of the women’s 200m at IAAF World Athletics Championships. Thompson would later pull out of the semis citing injury.
1
2

"God's time is the best time and it's not her time this year. This was not her time," said Gloria Thompson, grandmother of Olympian Elaine Thompson last Friday when CENTRAL STAR visited her home in Banana Ground, Manchester.

"The Olympics will be better for her; sometimes things don't happen when you want them to. You just have to humble yourself and wait on Him," she said.

Speaking from her living room, Thompson appeared to have come to terms with the fact that her beloved granddaughter would not be among the medallists in the just-concluded IAAF World Athletics Championships in Doha, Qatar.

"I am not disappointed because I spoke to Elaine before she left Jamaica and I told her to focus on God; if He is not in the midst, it won't work out for you," she said.

Grandma Thompson said that when she saw how she performed in the semis last week, she felt deep inside that it was not Elaine's time.

"I texted her and she said a pain took her in her leg," Thompson said.

She also disclosed that when she called her son after hearing that Elaine pulled out of the championships, he simply said: "One day at a time, mama."

"She knows that it is against the teachings of our church (Seventh-day Adventist), and I told her not to do any more, but when she is coming to look for me, she covers them up," she said.

But on her next visit to Banana Ground, the doting grandmother promised that Elaine would get some of her favourite soursop juice made with love by her.

Grandma Thompson says it is the norm that the very next day after landing in the island, Elaine is sure to visit her family home.