British national to be deported 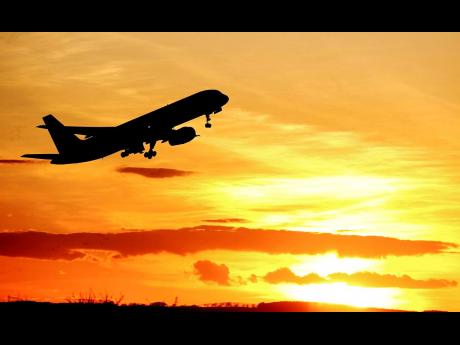 A British national is going to be deported after he was charged with disorderly conduct.

Desmond Winter came to Jamaica from London, England, where he was supposed to install some units for his clients.

Before he could make it to his job, he was arrested by the police at the Norman Manley International Airport.

The prosecution told the court that Winter started to behave in a disorderly manner at the airport and was using indecent language.

The prosecution read to the court that he told officers: "Unuh f**k off, the whole a unuh a mother c**t and unuh can't do mi nothing."

Judge Lori-Ann Cole-Montague, after hearing the accusations, asked the defendant if he used any indecent language.

"After it was used to me. I was told to move my bloodcl**t and I used it back. I am guilty of behaving in an indecent manner because I was tipsy. I was approached by the officer in a manner that I think was offensive," he said.

Cole-Montague told Winter that she did not like the use of such language in public because children are affected by it.

Winter told the court that he did not realise the encounter between him and the officer was loud, as he thought it was a personal exchange then.

He was fined $10,000 or 30 days in prison, but before the matter could be fully settled, the investigating officer told the court that he wished to deport Winter.

The officer informed the court that investigations suggest that he was behaving in an indecent manner before he arrived on the island and they wanted him out of the country.

"He forcefully took his documents from the immigration officer and we were told that he was behaving in a bad manner on the flight by the flight attendants. We don't have any document for him but we are trying to get documents for him to leave the country," the investigating officer said.

Winter, however, told the court that he has his passport, (which) was given to him by the police even though he was in custody.

He apologised to the court for the inconvenience and the disrespect.

Cole-Montague requested his passport in order for the State to get the deportation process ready and completed.