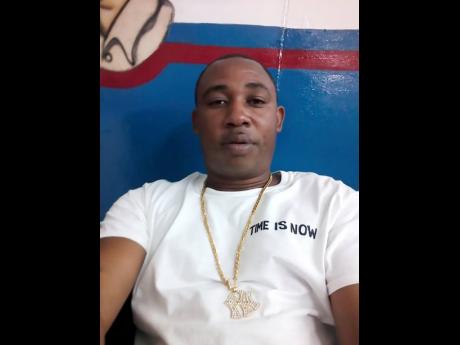 A 38-year-old landscaper of Claremont district in Prospect, Manchester, has been missing for almost two weeks. Members of the community say they have been on edge since his disappearance as this is the first incident of its kind for their quiet community.

"The community is in uproar, roadblock and everything. We are trying to get some answers to know if anyone would have heard something, or seen something, anything. Everyone's temper is flaring and everyone is scared because they haven't seen anything. Stuff like this doesn't happen in the community," his cousin, Robert West, told THE STAR.

According to West, Thompson had left his home for a 10-minute walk to visit someone, when he disappeared.

Thompson's girlfriend, Tamara Hyman, who is pregnant with his second child, said his disappearance has taken a toll on her. She describes Thompson as a friendly and hard-working man, and is pleading for him to return home. "If he comes home, it would be all the joy that one could ever ask for, especially for me. My first child won't get to know her dad. It has been very difficult for me, but I am trying," she said.

A missing person report was filed with the Alligator Pond Police Station police, who say they are investigating.