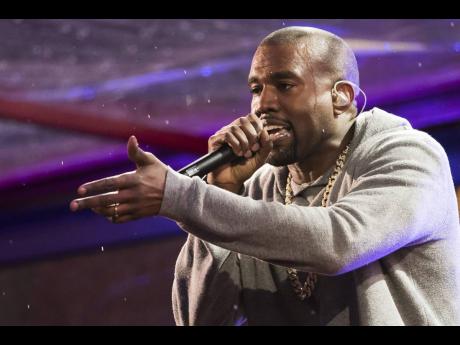 Rapper Kanye West has been exciting fans with a series of pop-up services across the US and come Friday, the Yeezus singer, his choir, and his entourage will be at Emancipation Park in St Andrew to host his hugely popular Sunday Service.

Entertainment Minister Olivia Grange confirmed to THE STAR that her ministry is taking the lead in facilitating West and his group's praise and worship service.

From her description of the timeframe, it would appear that the concert took mere days to plan and execute.

"I received a call from a contact overseas on Monday night, and by Tuesday we were meeting with Kanye's advance team, who was already in the island," she said.

Following production meetings with Grange, her team and West's people to walk through the logistics for this large-scale event, a site visit was conducted at Emancipation Park yesterday and the load-in for the event begins today at the venue.

With his choir of 120 persons, along with production crew, West's party should number approximately 170. They are expected to arrive today.

"Along with the personnel, they will be bringing in some of their own equipment. We will have to arrange protocols at the airport to ensure that everything runs smoothly," Grange said.

With regard to security and possible traffic congestion, she said that she had already written to the police and ensured that all necessary permits have been applied for.

"I have written to Emancipation Park, the assistant commissioner, JAMMS (Jamaica Music Society), and JACAP (Jamaica Association of Composers, Authors and Publishers). We are making sure that everything is structured properly and that there will be special VIP seating and a press area," she said.

The Jamaica Cultural Development Commission and the Jamaica Tourist Board are working alongside the ministry and West's team and have oversight responsibilities for the two-hour concert, which is scheduled to start at 7 p.m. West and his entourage will depart the island on Saturday.