Trans men give Always thumbs up 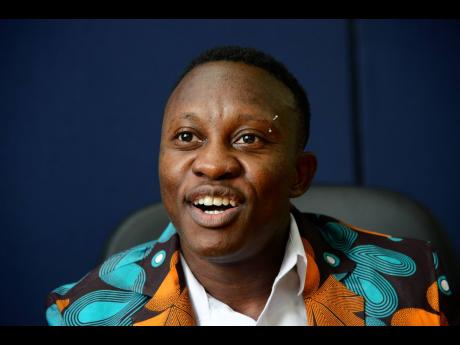 Always brand of products recently released a statement that they were removing the female symbols from their package to be more inclusive. For years, the brand has marketed its products to women across the world. This announcement has been met with strong support from Trans people across Jamaica, some of whom told THE WEEKEND STAR that they always felt uncomfortable having to purchase the sanitary napkins in supermarkets.

“To be honest, from I was younger, I knew that I was a man. I was never attracted to men, I always identified as one. When mi affi go buy pad and Tampax, me feel less than myself. Even though this package change is not a big one, I am okay with it for the time being until I get some money to change over completely and give up this part of me that identifies as women,” Sheila, who identifies as a male, but was born a female stated. She added that purchasing the product (with the feminine symbols) made her feel less manly.

Bobby, another trans man, stated that more brands, especially Jamaican brands, should follow in Always’ footsteps to be more inclusive.

“When mi see the woman symbol pon certain things, mi really feel hurt. Mi feel like dem nah try cater to me or include me,” he said.

He continued: “Mi have up mi money so mi glad Always a try include everybody. More brands should follow and take off any signage that does not cater to everybody. We are all humans.”

This statement was echoed by TransWave Ja, Jamaica’s advocacy group for transgender rights and visibility.

Neish McClean, executive director of Transwave Ja, said he has been using hormone replacement surgery to stop his period for three years now. He said for most of his life, though he identified as a man, he would still see his period every month.

“It was for me just a reminder of the discomfort that I had with my body and my assigned sex at birth. When I used to have a period, I hated going to get sanitary products, I didn’t even want to spend time in the aisle to see what’s on the branding, but you do notice that they were very gender specific, unnecessarily so,” he said.

But for Nikko, who identifies as a Trans man, removing a symbol from a package does not change the fact that the monthly occurrence reminds him of the one thing that he does not want to be.