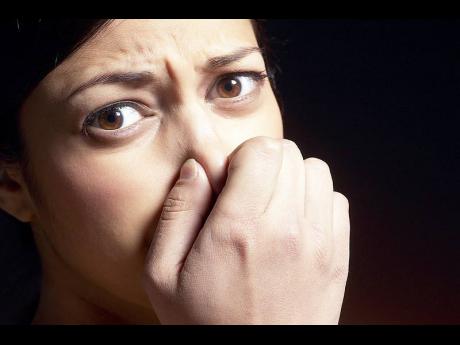 Dear STAR, how do I tell my boyfriend that he upsets my stomach and that I refuse to have sex with him because he doesn't like to bathe.

I should have picked up that something was wrong after the first time we went on a date. About two days later, he came to pick me up at work and I realised he was wearing the same clothes and they were dirty.

I didn't make much of it or took his musty breath into consideration when we kissed because sometimes people have off-days.

Anyway, after a few months, I invited him to stay at my house because him treat mi good and ting, so mi overlook him breath, because dat a sup'm we can work on. STAR, mi always a wonder why no matter how the clothes clean, him always smell like green bush. One day, it really get to mi when him a bathe and mi go in the bathroom to talk to him about something and when mi look, the man stand up with the shower on and him body dry like wood chip. Him hook up inna the corner like worm. The man barely a mek the water touch him big, tough, turbit body.

When mi start cuss, the dutty man trace mi back and tell mi say him no need to bathe every day because him nuh see period. Wha hurt me the most a when hima go say him sure mi never smell him yet 'cause a regular mi wrap up wid him. Look how mi a try wid dis man and him want come 'mowly' up mi place?

Mi still deh with him and a tek him tings, but a months now we nuh have sex cuz mi can't stomach fi do it wid a nasty man.