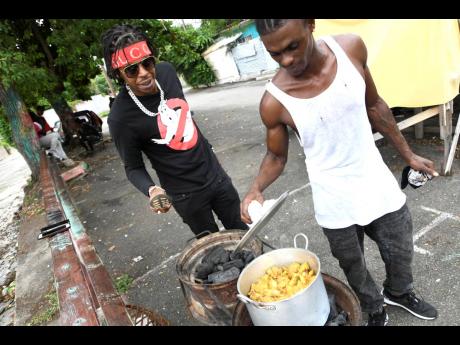 Savage’s childhood friend, Kemar Smith, aka ‘Famo’, checks on the pot while the deejay looks on. 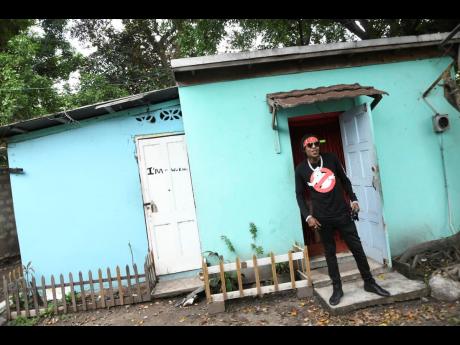 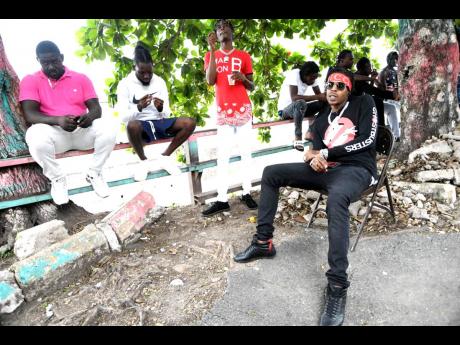 Savage (right) chats with the STAR PAR team, surrounded by his friends. 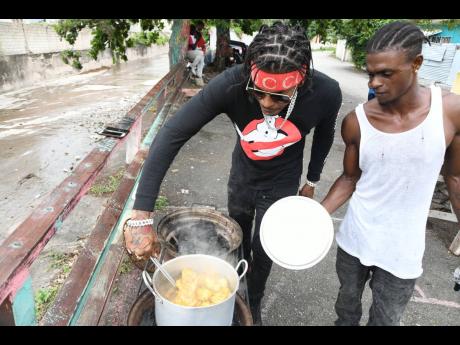 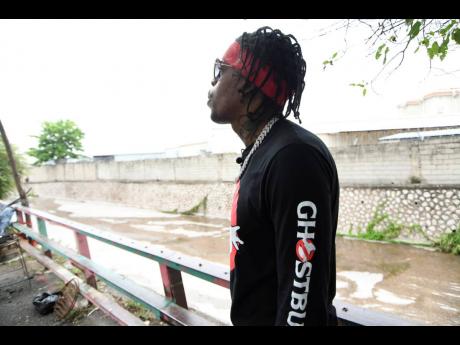 Savage recalls saving three people who were being washed away in a Guardsman truck eight years ago.
1
2
3
4
5

"From nothing to something" is an age-old adage used to summarise one's come-up, usually from poverty to a space where one is comfortable with the standard of life one has managed to create. The saying perfectly encapsulates Savage's rise through music.

This week's STAR PAR took us to Grants Pen, where we found the dancehall entertainer in his comfort zone. He and a group of childhood friends were about to 'run a boat' as he prepared to get up-close and personal about his upbringing.

Clearly proud of his humble beginnings, the Grants Pen native showed off the tiny one-bedroom structure he called home until he got his big break. Highlighting how different his life could have been, the entertainer expressed gratitude for having found music and his way out.

"Here is where mi live fi 'bout eight years. Me write Culu Culu song and a whole heap a big song inna da house yah - whole heap a memories. Grants Pen, me likkle blue house pan the front," he said, stepping out of the board house.

"Music help me up inna life, but me still affi come back yah so. Me can't ungrateful to weh me forward from," he said.

Pointing out that he has an unwavering dedication to his community, Savage said that now he's in a position to help others, he focuses a lot of his time and energy into doing just that.

"We buss inna music so we can help others. As an artiste now, more while me just walk through the community and see some people in need, and dem link me and me just do weh mi affi do. Back to school wah day, a 47 people me help. I was away at the time, and me send di money, and one a me chargie dem drop it off a di address dem weh me give him. Inna di ghetto, everybody need help, all when dem look like dem nuh need help, so me just affi do weh me can," he shared.

His efforts to help people, though, began long before he established himself on the music scene. He recalled an incident eight years ago when he and his friends helped to save the lives of three people inside a Guardsman truck who were being washed away by floodwaters. Savage said that back then, poverty was still rearing its head, but he and his friends chose life over money.

"We saved three lives that day, and everyone was calling us heroes because we see money and nuff things we coulda take, but instead, we chose life. We got a whole heap a media attention from it, and people got to see youths from the ghetto doing something good."

Speaking of the ghetto, Savage says he is aware of the stigma surrounding the inner city. But as a product of the garrison, the deejay says he is not ashamed of his environment. "I would describe Grants Pen as a very colourful community; different, different type a people deh yah innu. People deh yah weh a doctor, police, soldier, yuh have thief, bad man, people weh do things weh yuh affi get dem out - like rapists - but the community nice. As a product of the inner city, knowing people have a lot of bad comments 'bout inner city, I am proud to come from here. Me forward back a Grants Pen every chance me get, as long as me deh pan the island. And when me fly out more while, as me forward from the airport, me drive come right yah so. Sometimes me reach all late and everybody gone a dem bed and me just cut, but dat is how much me love the ends," he said.

Having declared his love for Grants Pen, Savage says the only thing his community is lacking right now is opportunity.

"Me wish for the place would be fi get more opportunities fi di yutes dem. We want the yutes fi not see taking up gun as the easiest thing or the more common. We need some more things fi a gwaan fi di yutes dem. Nuff yute deh yah weh have good education and can't get a job. It rough," he told the STAR PAR team.