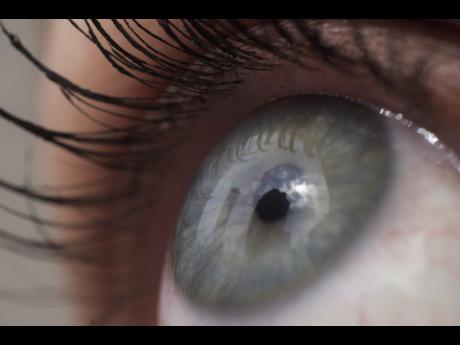 When 33-year-old Nikaylia Johnson went to the St Ann’s Bay Regional Hospital in February, she thought the pain in her neck would be a quick fix.

But nine months later, the Brown’s Town native has gone blind, which she blames on a lack of care by the medical team.

She told THE WEEKEND STAR that for one week, she went to the hospital every day and was only given pills and injections for the pain; they did not work.

Blood tests were done, but everything came back clean, according to Johnson. Still she was in agonising pain.

A week after her continuous trips to the hospital, she said she was finally admitted and ordered to do MRI and CT scans.

“But, after admission, that was when everything started to happen because I was unable to walk, talk and see. They didn’t explain why I was being admitted; they said I was supposed to do an MRI and CT scan. The first scan they said didn’t show anything except that there was an infection in the neck and they said to do another scan but up till now, I don’t get back the result,” she said.

Dissatisfied, Johnson said she went to the Kingston Public Hospital (KPH), where she found out that she had meningitis (swelling of membranes) in her neck.

But the CEO of St Ann’s Bay Regional, Nadia Nunes, said that when Johnson was assessed for meningitis, that test came back negative.

She said Johnson was also assessed for a condition concerning her eye, but after a few days of being admitted, she discharged herself against doctors’ wishes.

“She was admitted to hospital on the 16th (of February) and she decided to sign out on February 23 against medical advice. When she presented on February 16, she had a one-week history of headaches, neck pain and vomiting and she also said she had fever one week before. But at the time she came, she was complaining of blurred and double vision. When she left on February 23, she returned on February 27 because the headache persisted and the vomiting persisted. She was confused, not talking and very drowsy,” she said.

Nunes indicated that Johnson had intracranial hypertension (increased pressure) behind the eye. Efforts were made to transfer her to the KPH, however, lack of bed space prevented that.

She was kept at St Ann’s Bay until March 14, when she was discharged and asked to return within two weeks.

“So she was supposed to come back and she did not; but she got antibiotics, antiviral drugs and steroids,” she said.

But Johnson’s mother, Charmaine, still believes more could have been done.

“She was never sick before this. I carry her there and she could see and so that they could address anything that is happening to her and then this happen,” she said.

She said Nikaylia, who was a waitress/housekeeper, has been unable to work since losing her vision. Charmaine also said that she has had to stop working to take care of Nikaylia and her granddaughter.

She said that the family is suffering immensely because she and Nikaylia are the main breadwinners. Nikaylia is seeking compensation.

“My daughter is here with us but she has to be going to counselling and hospital because she is affected by this. She keeps on fainting at school and my mother have to be running up and down with her,” she said.