Woman paralysed by duppy with no belly 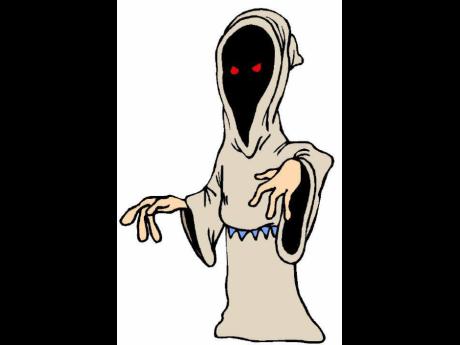 While not many 25-year-olds have encountered ghosts, 25-year-old Judith Jarrett said she was almost attacked by a 'belly-less' duppy at her home last year.

"Mi have a bad habit fi wash a night because the sun nuh hot. So mi deh round a the back and mi see two big red yeye. At first mi think say a see doubles, so mi look weh. But when me look again, di red eye sumn a look right inna mi face," the Clarendon woman told THE WEEKEND STAR.

Jarrett said she attempted to call out to her mother, but realised that she could not speak. Seeing the duppy moving closer, Jarret said she tried to run, but realised she was temporarily paralysed.

"Mi couldn't move. It feel like mi did paralysed for a moment because mi wah move and caa move. Mi wah shout and couldn't shout. The clothes weh mi did a wash still deh inna mi hand and mi a look pan the supm and the supm a look pan mi. Mi never fraid so inna mi life," she said.

After what she described as a 'lifetime of intense staring', the duppy once again started moving closer towards her.

Jarrett said a fence separated them, but the barbed wires provided little protection that night.

As the ghost got closer, she realised it had no 'belly'.

"When the supn start come closer to mi, its like its eyes started to roll in circles. Mi think the fence would a protect mi because a the first mi see this, but when mi see the supm come through the fence, a deh so mi draw the line. Mi see foot and head and nothing else. No miggle part. No belly, no nutten. If mi heart did weak, mi wudda drop a grung and dead same time. Same time mi find the strength fi make a big run go inna the house. All when me reach inna the house, me still did a run," she said.

Jarrett said the speed on which she entered the house, led to her mother inquiring about what happened. After explaining what she saw, Jarrett said her mother looked outside, but did not see anything.

She said her mother did not believe her, but she has not done any night washing from then.