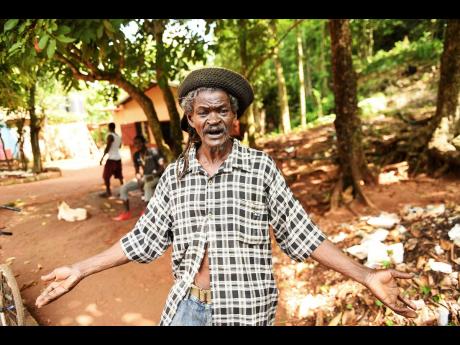 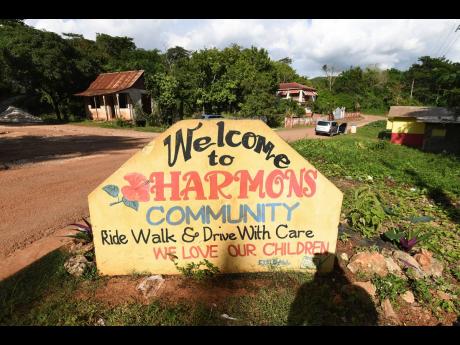 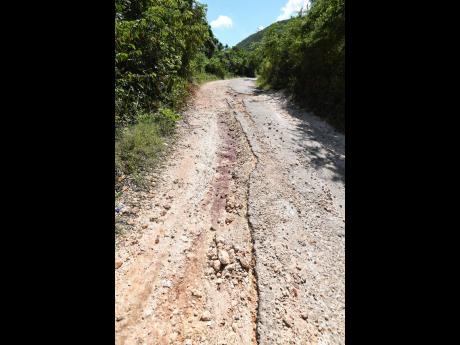 Poor road infrastructure in the Harmons community in Manchester.
1
2
3

It has been 15 years of turmoil, according to residents of Harmons, Manchester, who said they were promised roads and water by Jamalco.

Burchell Spugeon told CENTRAL STAR that the roads should have been completed for Christmas, however, the work is yet to start.

"By December dem promise seh the road a go fix and now is November and nothing nah gwan. The road can't stay like this," he said.

He noted that the mining company is not the sole reason why the roads are in such a deplorable state, but he believes they should honour their commitment to improve the roadway.

He along with other residents say that the company is trying to string them along with promises that they do not intend to fulfil.

"A nuh dem really mash up the road but because a the truck dem, the road caan fix. About 19 years dem a mine round this place. They met with us and said that by December the road a go fix but all now wi nuh see nothing. If it nuh start yet, it caan done by den," he said.

Additionally, the residents say they appealed to Jamalco some 15 years ago to assist in getting piped water. They allege that to date, that promise is yet to be fulfilled.

"They said they were going to build a reservoir and dem dig out a well but a fi fake. Dem a fake. They want it to look like dem a do supm. They said they were not going to distribute the water to the community but they would pump the water to the reservoir and make NWC distribute it. Fifteen years now and wi caa get it," Morris Bailey, another resident, said.

As the residents contend with the promises that are yet to be fulfilled, farmers are also crying foul because, according to them, the company is required to fill the holes they have already mined but that is not being done.

"When mining done, the place caan grow up back. Dem seh dem a go full up back the hole and all now. Them come and own it and wi caan plant nothing so how wi a go survive? Dem nuh want plant nothing, dem just dig and leave it. People caan plant pan stone and a that dem a leave back," the resident said.

Spugeon said that he too used to farm but he had to stop because the farm lands are being used for mining.

"I and I deh yah 365 days a year and mi nuh get no work and a farming mek mi use to survive, but now mi caan survive. A God survive wi round yah. One and two people get work from Jamalco but I don't know how the others survive. People always have dem crops, not really to achieve financially but fi sustain demself," he said.

Bailey added: "We want the hole dem full up and dem plant some trees. Even if dem nuh plant no trees just full it up back and wi wi tek it from there. When the land dump up back, we can plant and do what we want. Once that happen, we a go nice man."