Mom is jack of all trades for her children 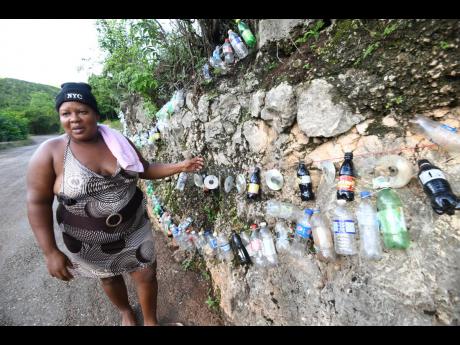 Crystal Ford of Pusey Hill district, found a creative way to make use of plastic bottles, showing off her artistic ability. 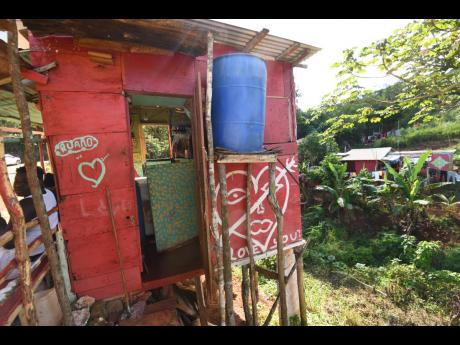 Crystal Ford’s bar which she built from scratch with her partner. 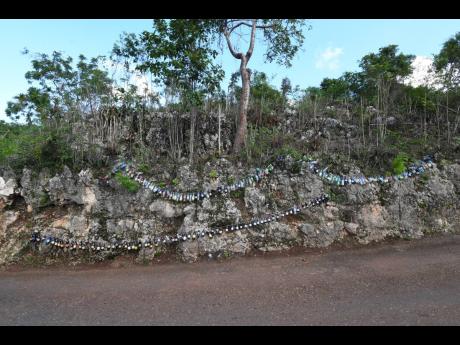 The bottles always catch the eye of passers-by.
1
2
3

The sight of the plastic bottles lining the wall was all it took for the news team to stop by Crystal Ford's bar.

Behind the peculiar decorations, which many people laugh at, is a woman of vigour who believes in doing anything for her children.

Even before her first child (now 17) came into the world, Ford had a working attitude and this is something she said she tries to instil in her three children.

"Mi affi do everything for my children, enuh. Mi and mi babyfada build this (bar) and it tek us bout two months," said the Pusey Hill, Manchester resident. "Mi tile mi bathroom and concrete my bar. Mi do painting, anything you think of, mi do it. You can't siddung and wait pan people fi do things for you, because when you do that people tek step a you. Nuff time people pass and seh a man work mi a do, but mi rather do everything for myself."

It has been three years since she built the bar. Sales are good some days but on the bad days, Ford puts on fish fry events most Fridays to help offset costs.

She told THE CENTRAL STAR that as a woman, many expect her to wait on men to do things for her, but she is not that kind of person

That is something she wants especially her daughter to understand.

She attributes her skills to her father, who was a jack of all trades. She said she never got the opportunity to get formal training, but by watching him, she learnt and did what she needed to do to survive.

She said that she started to hang the bottles in front of her bar as decorations.

"Mi siddung a look pan the wall about four months ago, and mi a seh mi would a like fi light it up for Christmas and write 'Crystal' [name of her bar] on it. Mi walk go dung the road fi get the bottle, or sometimes when mi go Mandeville mi collect bottle," she said.

There are days people look at her with ridicule, but this doesn't bother Ford; she is doing what pleases her.

"Nuff people see mi a road and mek up dem face at me; some a dem seh mi nuh have nothing fi do, but mi a do me. The first time mi do this (the decorations) a pan a tree, and people stop and tek pitcha and thing so mi just start pan the wall," she said.