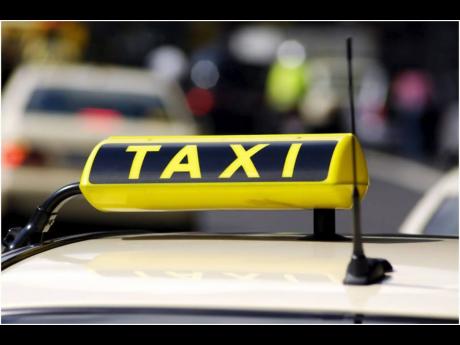 A section of downtown Montego Bay, St James, was transformed into a scene from the 'Fast and Furious' movie on Tuesday afternoon when a traffic cop was forced to discharge several rounds from his weapon to halt an unruly taxi man who allegedly tried to run him over.

The accused driver, 40-year-old Tristan Fenton of Salt Spring, St James, was later dragged off to jail after being charged with assault with intent to commit a felony.

"Seet deh, the whole a mi things dem get damage up, because mi stall tun over the way the Noah bus driver a speed up the road fi get weh from the policeman. Mi neva know seh man cud a drive bus tru traffic suh. Although the officer a ride bike, him did haffi ride real good fi ketch dat deh boy deh," a female vendor told THE WEEKEND STAR.

She continued: "When the police pass him an stop, we don't know if a bounce down him want bounce down the police, but all we know seh wi si him start back the vehicle and a come towards the officer, the police haffi pull him gun and fire. The way mi run, mi don't even know weh the shot go, a people mi hear a seh a shoot the police shoot the tyre dem fi mek him stop, mi still can believe seh a suh him good. It look like him a one a the movie star dem, " the female vendor stated, while indicating that the taxi operators are very unruly in downtown Montego Bay.

The police reported that shortly after 4 p.m., the traffic cop was carrying out motorcycle duties in downtown Montego Bay when he observed Fenton, who was driving a grey Noah bus, breaching the road traffic act.

Fenton acted in a manner as if to comply, but immediately as the officer alighted from the motorcycle, Fenton started his engine and advanced towards the officer.

The officer, in a bid to avoid being run over, was forced to pull his service pistol and discharge several rounds, disabling the vehicle. He then called for backup. Fenton was later arrested and charged.