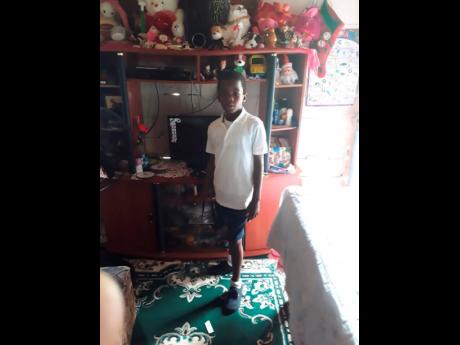 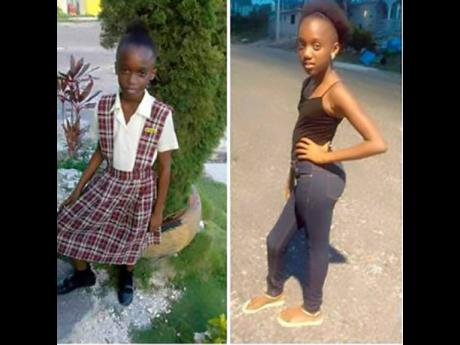 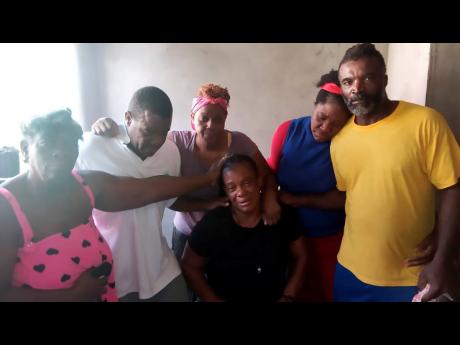 Veronica Spence is being consoled by family members.
1
2
3

Imagine losing three of your grandkids to motor vehicle accidents in the space of one year. That is the agony that Veronica Spence has had to endure.

One year after two of her grandkids, Tiarra, eight, and Tianna Thompson, 10, died in a motor vehicle accident along the Rose Hall main road in St James. Spence lost yet another grandchild, Damion Simpson. The boy was mowed down by a motor car as he left the compound of Sandy Bay Primary School in Hanover last Thursday.

Nearly 380 persons have perished on the nation's road since the start of the year. The Road Safety Unit is projecting that up to 420 persons could die on the road by year's end, an eight per cent increase over last year. Spence, knowing the pain that road crashes bring to families, is pleading with drivers to be careful on the road.

"All a the driver dem, mi a beg please fi go easy pon the road, especially like how a the Christmas season. Mi a ask all a you fi cease the speeding, especially in a school zone dem, slow dung, " Spence said.

The Sandy Bay police reported that on Thursday, about 3:30 p.m., 11-year-old Damion Simpson, who resided at Bogue Hill, in St James, was walking from the compound of the Sandy Bay Primary School when he was hit by a motor car, which was travelling from the direction of Hopewell towards Lucea.

The driver was warned for prosecution and his vehicle impounded for inspection.

All this is little comfort for Spece, who has been mothering Damion since he was one-day old.

She said that Damion's mother never wanted him, and she begged her to give the child to her.

"Mi feed him til him a now 11-year-old, only fi know seh mi lose him to another car driver," a tearful Spence said.

"Him father, Damion Simpson Sr, was born blind, and Damion is the person who lead him father around whenever them not at home," the grandmother added.

She said that the youngster was a brilliant dancer and good runner. His athleticism earned him the nickname Spiderman.

Eyewitness reports suggest that Damion was being chased by two other students who had stones. In a bid to escape, the boy reportedly attempted to dash across the road and was hit.