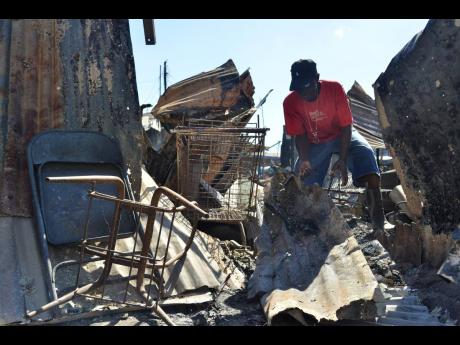 Glatston March searches through the rubble of what was once his shop. It was destroyed in the massive blaze that occurred on Sunday in a section of the May Pen Market. 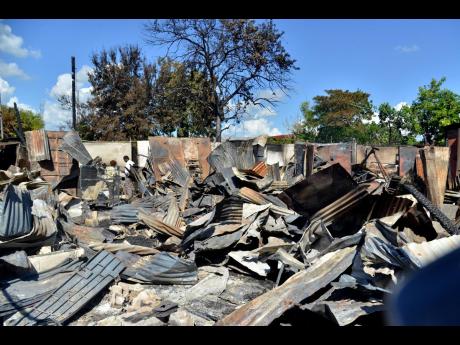 This section of the May Pen Market was covered with zinc and ash after the fire. 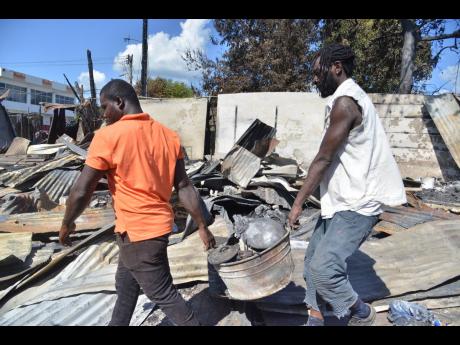 These men remove scrap metal after the blaze. 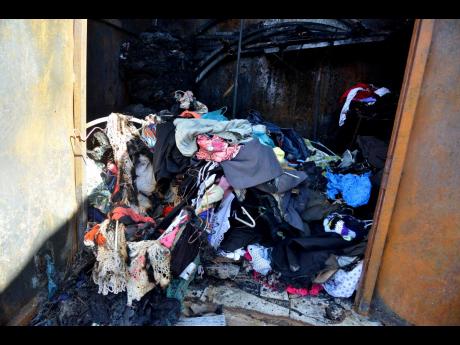 Clothes and other items that were for sale lay ruined. 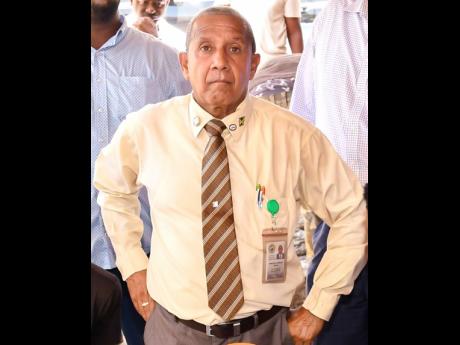 While vendors from the May Pen Market are still picking up the pieces after a fire destroyed their goods on the weekend, Mayor Winston Maragh is already pledging to rebuild the vending hub.

Maragh told THE WEEKEND STAR that discussions are already under way regarding the design of the new market.

He added that he and other members of the municipal corporation are currently looking at other locations in the town which can house the vendors until the new market is up and running.

The mayor said that some vendors would be allowed to have stalls on specific sidewalks. However, while he sympathises with their plight, vendors will not be permitted to block any area on which vehicles traverse on a daily basis.

"There is no intention to have anyone blocking the roadways. We are looking into areas that vendors can stay in the interim. We will allow some to be on one sidewalk. We are doing a new design for the section of the market that was damaged but as long as I am here, there is no blockage of any roadway," he said.

President of the May Pen Vendors Association, Lorraine Green Mason, told THE WEEKEND STAR that she is happy that plans are being put in motion for the displaced vendors.

She said that before the fire, she had been lobbying for longer periods on the road so that vendors could make more profit during the Yuletide season.

She added that although the health department had said that the fumes from the fire would cause some health concerns, she believes that the location of the market is ideal for vendors.

With that in mind, she suggests that an area in the market be cordoned off to facilitate the vendors.

"What they can do is mark off an area and say persons cannot go beyond that line. The vendors have to survive. The municipal corporation has to carry out its duty and people have to go about their business. They (the corporation) can structure it in a way that it works," she said.

Meanwhile, Maragh told the news team that he had sent a request to the Ministry of Labour and Social Security appealing for help for the affected vendors.

"We know that the process may take some time, but we have asked them to speed it up as this is a case of emergency," he said.